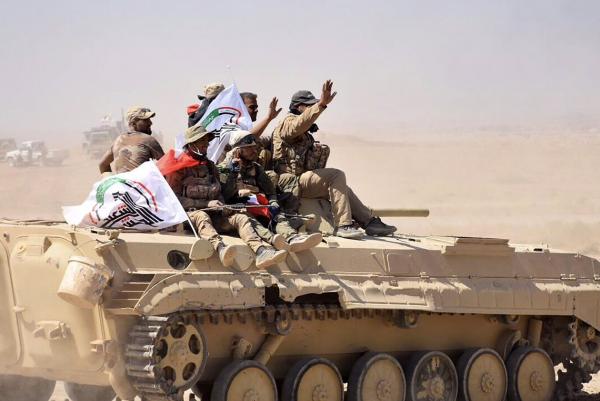 “By God, it is victory…100 percent liberated,” the War Media Cell, the Joint Operations Command’s media service, posted on its Facebook page. The word “liberated” in Arabic was stamped on a map of Tal Afar.

Earlier Sunday, an Iraqi commander said Islamic State militants were cornered in a region northwest of Tal Afar as Iraqi forces had retaken all areas of the town.

On Saturday, the joint commend said it had attained 90 percent control of the city center. Islamic State’s largest telecommunications tower was seized and burned.

The government launched an operation on Aug. 20.

Tal Afar was the militants’ last holdout in Nineveh. One month ago, forces with U.S.-led air power captured Mosul, the de facto capital of the Islamic State.

“The enemy’s back is broken,” Lt. Gen. Sami al-Aridhi, a top commander of the elite counter-terrorism service units in Tal Afar, said to The Washington Post. “Their morale is gone.”

Before the battle, Iraq’s government and its U.S. military partners had estimated that 10,000 to 50,000 civilians remained in Tal Afar. The city had been surrounded by the Shiite militias since late November, but the city appeared to be desolate, allowing the Iraqi troops to use heavy weaponry.

“We haven’t seen a single civilian, dead or alive,” Aridhi said. “If there were 20,000 civilians in Tal Afar, we would have only just taken the first neighborhood by now.”

Iraq’s intelligence services originally estimated that between 1,400 and 2,000 militants occupied the city, but that number also may have been overstated. Iraq’s military said Saturday 259 militia members were killed and many had fled the battle into the vast desert north and west of the city, toward Syria.