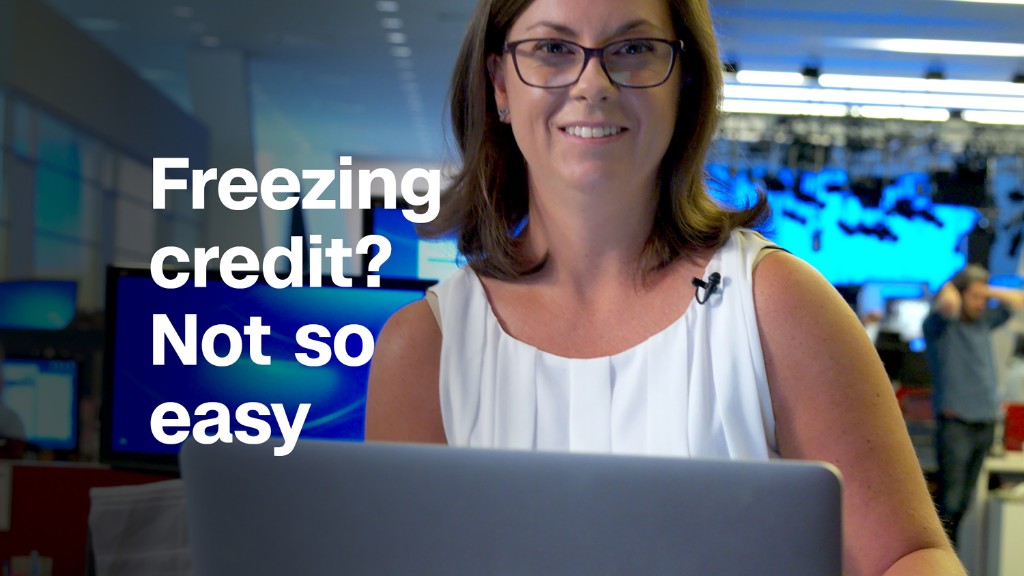 Freezing your credit after Equifax hack…not so easy

After facing outrage over last month’s security breach, Equifax said it will offer a new, free service that gives consumers more control over their personal information.

It’s called a credit lock, and it will allow people to decide who has access to their Equifax credit report.

Problem is, locking your credit at Equifax will still leave you vulnerable to identity theft — you need to block access at all three agencies.

Richard Smith, who retired as CEO after the hack, told Congress that locks should become an industry standard, calling on the other two credit reporting agencies to step up.

“I would encourage TransUnion and Experian to do the same. It’s time we change the paradigm and give the power back to the consumer to control who accesses his or her credit data,” Smith said.

But Equifax isn’t the first to offer a way to lock and unlock access to your credit report.

TransUnion already allows consumers to do this for free. A spokesman said it was made available in October 2016. It has also been available as part of a credit monitoring package its sells for a monthly fee.

Equifax and Experian have offered it to consumers willing to pay a fee, too.

Smith said the new free product Equifax will launch in January will be different because it will be easy to lock and unlock your report with an app on your phone.

But a mobile-enabled product isn’t new to the industry either. Consumers can lock or unlock their credit with a simple “finger swipe” on TransUnion’s app, a spokesman said.

Related: 6 things Congress can do to help us after the Equifax hack

The only credit agency that doesn’t currently offer a free lock is Experian. As of now, they don’t have any plans to.

In a statement emailed to CNNMoney, a spokeswoman said the company would “continue to review the issue” and “engage with consumers and other stakeholders to ensure consumer-centric solutions are available that enable them to be safe in the credit economy.”

People can pay $ 24.99 a month for Experian’s monitoring package that includes a lock.

Consumer advocates say Equifax should allow consumers to lock all three credit reports for free through their new service.

This combining of agency services isn’t a brand new idea either.Both Equifax and TransUnion have offered a way to lock reports at both agencies, at the same time, since June. Equifax charges $ 4.95 a month for the service and TransUnion charges $ 19.95 a month. Both also include some kind of credit monitoring.

Related: Why aren’t credit freezes free for all?

While Equifax is pushing a free credit locking system, some members of Congress asked why it wouldn’t make credit freezes free for everyone instead.

A freeze will block access to a consumers’ credit report in the same way that a lock would, but is already regulated by state laws. They outline how fast an agency has to respond to a request to place and lift the freeze and how much they can charge for it. Fees typically range from $ 2 to $ 10.

Equifax has waived that fee, but only through January. Smith defended the decision before Congress. He said the process to freeze is cumbersome because it requires a consumer to remember a PIN and, in some cases, mail in a request. The lock, he said, will be faster and more user friendly.

If changes don’t come from the industry itself, it could be mandated by Congress. Since the Equifax breach, three bills have been introduced that would make credit freezes free at all three agencies. But they don’t have bipartisan support.