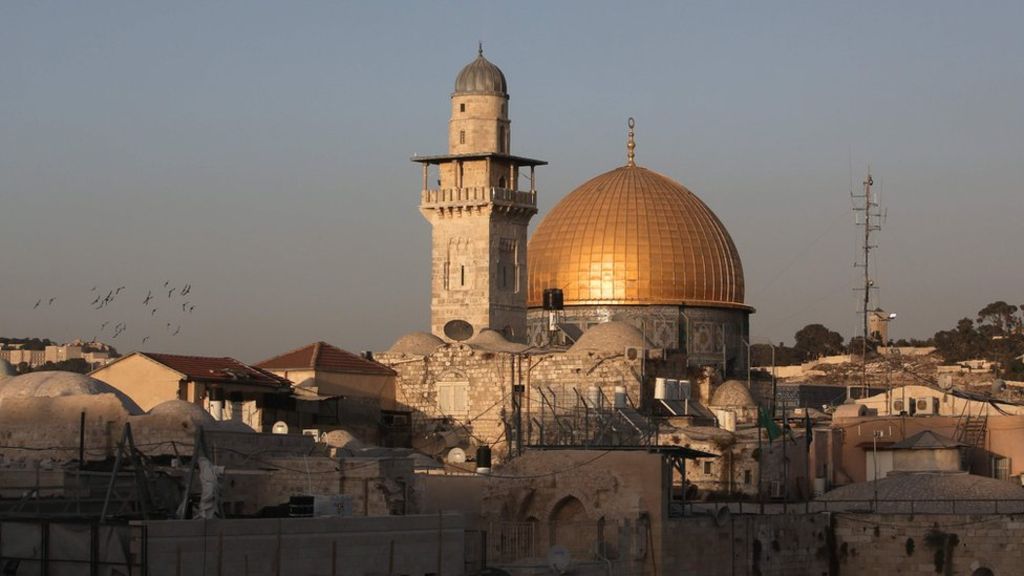 Israel has said it will join the US in pulling out of the UN’s cultural organisation Unesco, after US officials cited “anti-Israel bias”.

Israeli Prime Minister Benjamin Netanyahu praised the US decision as “brave and moral”, a statement said.

The agency is known for designating world heritage sites such as Syria’s Palmyra and the US Grand Canyon.

The US withdrawal will become effective at the end of December 2018 – until then, the US will remain a full member. The US will establish an observer mission at the Paris-based organisation to replace its representation, the state department said.

Israeli Prime Minister Netanyahu tweeted he had instructed his foreign ministry to “prepare Israel’s withdrawal… in parallel with the United States”.

Why does Trump dislike Unesco?

Unesco is an easy target for US President Donald Trump – it is a multilateral body with educational and developmental goals like promoting sex education, literacy and equality for women.

The US withdrawal will be seen by many as a manifestation of Mr Trump’s “America First” approach and his across-the-board hostility to multilateral organisations; the irony being that Unesco is part of the international architecture that the US helped to establish in the wake of World War Two.

But it is the organisation’s perceived anti-Israel bias that is the fundamental issue here. It has condemned Israel in the past for its activities in the West Bank and East Jerusalem, and earlier this year it designated the old city of Hebron a Palestinian World Heritage Site – a step Israel insisted denied centuries of Jewish history there, not least the Tomb of the Patriarchs that dates back to biblical times.

Why has Israel’s prime minister acted too?

The decision follows a string of Unesco decisions that have drawn criticism from the US and Israel.

In 2011 the US cut its funding to the agency in protest at its decision to grant full membership to the Palestinians.

And last year, Israel suspended co-operation with Unesco after the agency adopted a controversial resolution which made no reference to Jewish ties to a key holy site in Jerusalem.

The resolution also criticised Israel’s activities at holy places in Jerusalem and the occupied West Bank.

Then earlier this year, Mr Netanyahu condemned Unesco for declaring the Old City of Hebron in the West Bank a Palestinian World Heritage site.

He accused Unesco of ignoring Judaism’s ancient connection to the city, which includes the crypt where its matriarchs and patriarchs are buried.

November 1945: Unesco founded by 37 countries in the immediate aftermath of World War Two, its purpose “to contribute to peace and security by promoting collaboration among nations through education, science and culture”.

1984: Under President Ronald Reagan, US withdraws from Unesco, saying the agency is politically left-wing and financially irresponsible.

2011: US withdraws funding in protest at Palestinian membership of UN; arrears begin to accumulate.

2017: US announces it will withdraw entirely; Israel says it will follow suit.

Does money play a part?

Yes. As well as accusing Unesco of bias, the US state department said it was also concerned about mounting financial arrears at the agency and said it should be reformed.

But that’s mainly due to the US decision to cut more than $ 80m (£60m) worth of funding to the agency amid the furore over Palestinian membership six years ago – slashing its budget by 22%.

Reports say the US withdrawal is also motivated by a desire to stop accruing arrears to the agency itself. Despite suspending funding the US continues to be charged, and now owes more than $ 500m.

Mr Trump has criticised what he sees as a disproportionate contribution by the US to UN institutions. The US funds 22% of the UN’s regular budget and 28% of UN peacekeeping.

How has the UN reacted?

Unesco chief Ms Bokova said the withdrawal represented a loss to the “UN family” and to multilateralism in general.

But she admitted that “politicisation” had “taken its toll” on the organisation in recent years.

Ms Bokova told the New York Times that she had informed members of Congress repeatedly that immediate payment of US arrears to Unesco was not an issue, and that American re-engagement in the organisation was the priority.

But she questioned the timing of the announcement, coming as Unesco chooses a new leader.

United Nations Secretary-General Antonio Guterres said he “deeply regretted” the US decision but that the UN would continue to “interact with the United States very productively on a range of issues through a range of organisations”.

The American Israel Public Affairs Committee (Aipac) applauded, saying that for years, the agency had “betrayed its original laudatory mission… and chosen instead to unfairly target the Middle East’s lone democracy, Israel”.