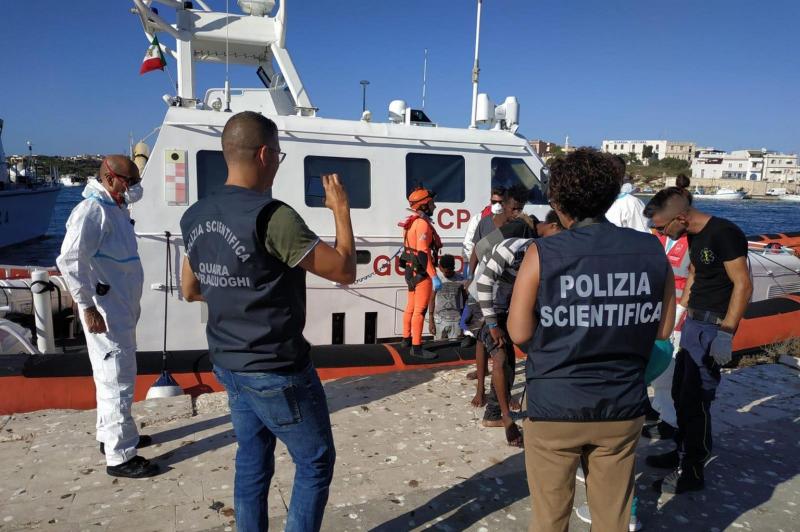 The humanitarian ship operated by Spanish nonprofit group Proactiva Open Arms has been stranded off the Italian island of Lampedusa, and an Italian court ruled earlier in the week to allow it to dock in Italy despite Salvini’s ban against the ship docking in Italy.

Salvini, who came to power with anti-immigrant sentiment, had been in political standoff with Prime Minister Giuseppe Conte before loosening the ban.

On Saturday, he authorized the disembarkation of 27 unaccompanied minors off the ship though he said he was doing so “against his will” and only because the prime minister asked him to do so.

The migrant ship of more than 130 rescued migrants had been at sea for more than two weeks, as it appealed for entry into alternate docks in light of Salvini’s ban on migrant rescue vessels, but was able to dock Saturday in the Lampedusa port, letting off the 27 unaccompanied minors.

“About 30” aboard the Open Arms were children, according to an Italian Interior Ministry source.

In a statement, Salvini vowed that his hard-line stance against illegal immigration hasn’t changed.

He will “continue to deny the landing to those who claim to bring illegal immigrants,” statement said.

Conte had demanded in an open letter Friday he loosen his stance to protect the migrant children.

Salvini should “urgently adopt the necessary measures to ensure assistance and protection for minors present in the boat,” the letter said.

Conte added that Salvini has been “obsessive” about the migration issue to increase political support.

“I understand your faithful and obsessive concentration in tackling the issue of immigration by reducing it to the formula ‘closed ports,” Conte wrote. “You are a political leader and you are legitimately striving to constantly increase your support. But … changing a clear position of your Prime Minister . . . is a clear example of disloyal collaboration, yet another to tell the truth, which I cannot accept.”