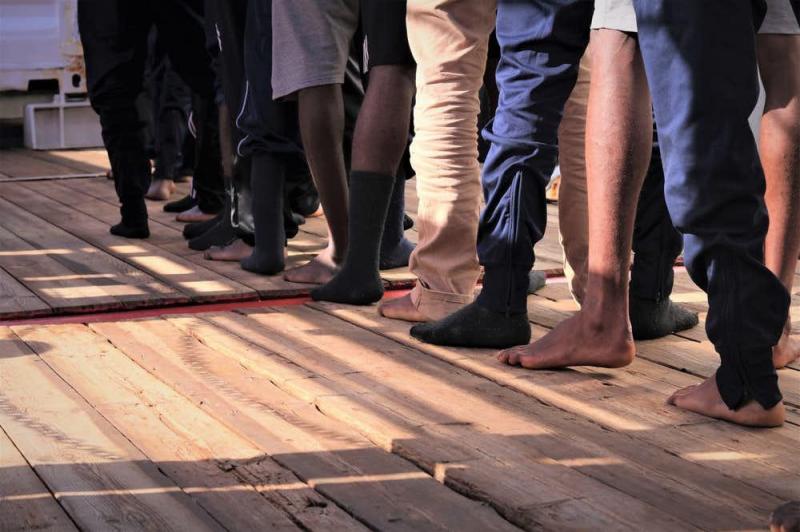 Sept. 14 (UPI) — Italy granted permission to a ship carrying 82 Libyan migrants to dock Saturday in Lampedusa, Sicily, and allowed the passengers to disembark.

The Ocean Viking rescued the migrants nearly a week ago in the Mediterranean Sea. The ship carried 58 men, six women and 17 minors, including a 1-year-old child. On Wednesday, a pregnant woman and her husband, who were passengers on the ship, were airlifted to Malta and she gave birth there.

The passengers were taken to a safe place in Lampedusa, Doctors Without Borders, which is known by the acronym MSF, said in a news release.

“This comes after a coalition of European states has stepped up with another ad hoc solution to enable the disembarkation and relocation of rescued people,” the release said. “The Italian authorities’ offer of a place of safety within six days of the first rescue at sea is a clear demonstration of humanitarian values, and represents a positive step towards a more humane response to the suffering that continues on the Central Mediterranean.”

MSF project coordinator Erkinalp Kesikli said some of the child passengers told the medical team that while in Libya, they sustained burns with melted plastic, beatings with sticks and bites from dogs.

“We hear horrific stories of sexual abuse against men, women and children,” Kesikli said. “Exploitation and arbitrary detention has left many with deep psychological wounds. We are relieved that they will no longer be waiting in limbo at sea thanks to the solidarity demonstrated by European states.”

Italy followed suit after a European states coalition allowed rescued ship passengers to disembark and be relocated. The country’s decision to allow the Ocean Viking to dock in Sicily follows months of legal and political friction over migrant ships, which it had refused entry under ousted Interior Minister Matteo Salvini.

Non-governmental organizations have estimated that more than 2,000 migrants perished while trying to cross the Mediterranean in 2018.