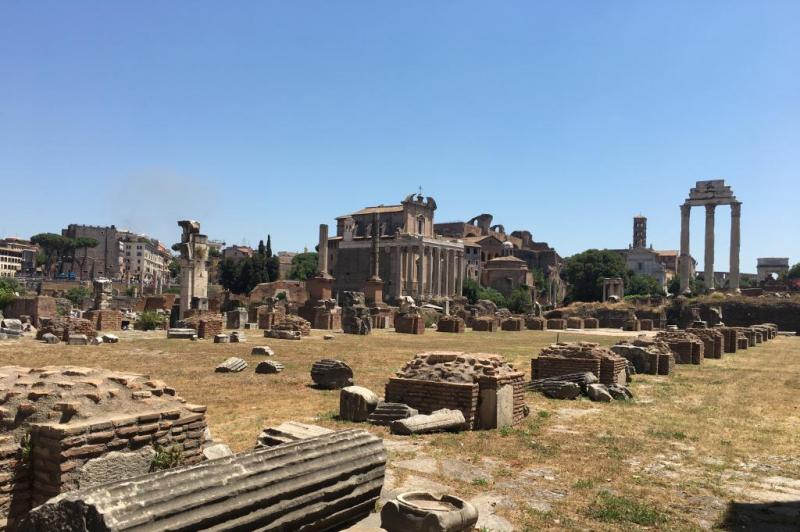 May 22 (UPI) — Italy has been a genetic melting pot for almost 20,000 years, according to a new study. Nowhere else in Europe hosts a greater mix of genetic heritage.

In addition to the deep history of the region’s genetic diversity, dating to the Late Glacial Maximum, the genomic survey of modern and ancient Italians showed people in the north and south of Italy have evolved unique genetic characteristics in response to the divergent environmental conditions.

The genetic peculiarities of the people of those two regions at least partially explain why these populations a reduced risk of kidney inflammation, certain skin cancers, diabetes and obesity — all of which favor a longer lifespan.

Pockets of Italy are often included on lists of so-called “blue zones,” places and populations characterized by large numbers of octogenarians.

“Gaining an understanding of the evolutionary history of the ancestors of Italians allows us to better grasp the demographic processes and those of environmental interactions that shaped the complex mosaic of ancestry components of today’s European populations,” researcher Marco Sazzini, professor of molecular anthropology at the University of Bologna, said in a news release.

“This investigation provides valuable information in order to fully appreciate the biological characteristics of the current Italian population. Moreover, it let us understand the deep causes that can impact on this population’s health or on its predisposition to a number of diseases.”

For the study, scientists sequenced the genomes of 40 volunteers from across Italy. The participants were selected for their representation of the country’s broad genetic diversity.

Scientists compared the group’s genomic characteristics to the genetic markers of 35 populations from Europe and from the Mediterranean, as well as the genetic variants found among some 600 human remains dating to the Upper Palaeolithic and the Bronze Age — 40,000 and 4,000 years ago, respectively.

The analysis, detailed Friday in the journal BMC Biology, showed modern genomic signatures can be traced back as far as 19,000 years ago — to the period following the last glaciation.

Researchers also compared the genomes of people from northern and southern Italy and traced the emergence of these difference back through the region’s genetic timeline.

“We observe some partially overlapping demographic trends among the ancestors of these two groups from 30,000 years ago and for the remaining years of the Upper Palaeolithic,” said study co-author Stefania Sarno, a researcher at the University of Bologna.

“However, we observed a significant variation between their gene pools from the Late Glacial period, thus some thousands of years before those great migrations that happened in Italy from the Neolithic onward,” Sarno said.

Researchers suspect refugees of the last glaciation period persisted in central Italy before splitting in opposite directions after the glaciers melted. The genomes of northern Italian contain traces of these post-glacial migrations.

Researchers were able to recognize even more ancient signatures in the genomes of northern Italians — genetic signatures unique to eastern European hunter-gatherers that populated large swaths of Europe between 36,000 and 26,000 years ago.

The latest analysis showed these genetic signatures have disappeared in the genomes of southern Italians.

Researchers also identified the genetic effects of the population’s adaptation to millennia of climate change. The populations of northern Italy evolved a metabolism optimized for a high-calorie diet rich in animal fat.

“In the subjects from northern Italy, we observed changes in the gene networks regulating insulin and body-heat production as well as in those responsible for fat tissue metabolism,” said study co-author Paolo Garagnani, professor of experimental medicine and pathophysiology at the University of Bologna.

“These changes could have resulted in key factors reducing the susceptibility to diseases like diabetes and obesity,” Garagnani said.

In southern Italy, populations also evolved genetic characteristics in response the region’s environmental conditions, including coding for the production of mucins, which are protective proteins found in the mucous membranes of the respiratory and gastrointestinal systems.

“These genetic adaptations may have evolved in response to ancient micro-organisms,” said study co-author Paolo Abondio, a doctoral student at the University of Bologna.

“Some scholars have linked some of these genetic variants with a reduced susceptibility to Berger’s disease, which is a common inflammation affecting the kidneys and is indeed less frequent in the south than in the north of Italy,” he said.

Millennia spent the Mediterranean sun also inspired changes to the genes that regulate melanin production — changes that explain the lower incidence of most skin cancers among southern Italians.

“We observed that some of these genetic variants have been also linked to a longer lifespan. This is also true for other genetic modifications, which are characteristic of southern Italians,” said study co-author Claudio Franceschi, emeritus professor at the University of Bologna.