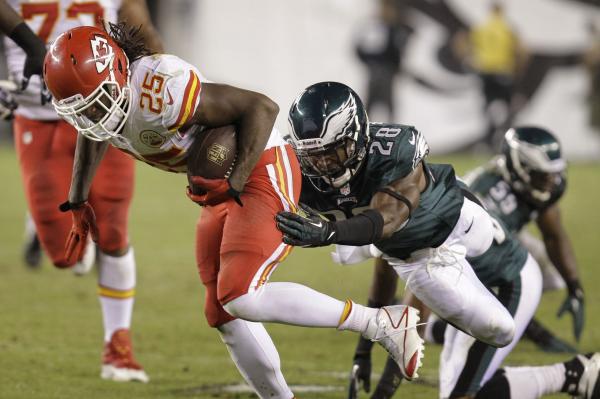 The Jacksonville Jaguars need a running back, so they signed veteran Jamaal Charles to a one-year contract, the team announced Tuesday.

The Jaguars have been hit hard by injuries at the running back position. Regular starter Leonard Fournette is out indefinitely because of a right hamstring injury. T.J. Yeldon, the No. 2 back, has been playing with an ankle injury. Corey Grant, the No. 3 running back, was placed on injured reserve with a Lisfranc injury in his left foot.

The 31-year-old Charles played 14 games for the Denver Broncos last season, but did not start any of them. He ran for 296 yards and also caught 23 passes for 129 yards in 2017, but he was a healthy game-day inactive in the final two games.

No team signed Charles after his one-year contract with the Broncos expired.

Charles was named to four Pro Bowls during his nine seasons with the Kansas City Chiefs, and he has compiled more than 1,000 rushing yards in a season five times. He was named All-Pro twice, in 2010 and 2013. In the latter season, he rushed for 1,287 yards and added 70 receptions for 693 yards.

He tore his right ACL in October 2015 and had multiple knee surgeries in 2016. He played in just eight games in the 2015 and 2016 seasons combined, and was released by the Chiefs following the 2016 season.