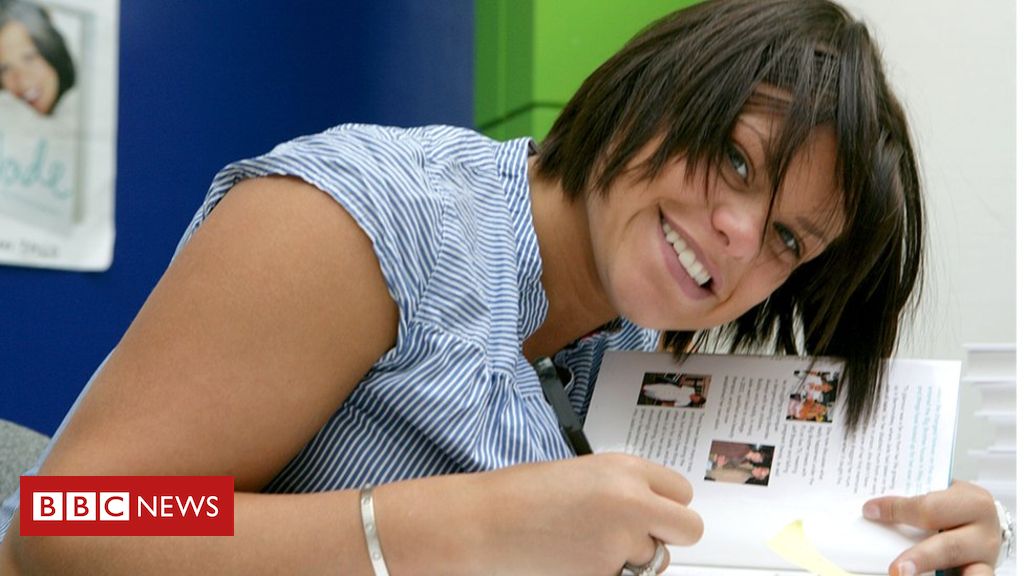 The UK’s largest cervical cancer charity has said it hopes a documentary about Jade Goody will serve as “a reminder” of the impact of the disease.

The finale of Channel 4’s three-part Jade: The Reality Star Who Changed Britain aired on Wednesday.

But Jo’s Cervical Cancer Trust said screening rates are now lower than ever and advised viewers to get checked.

“The episode is a new story for a younger generation and for others it’s a reminder about the impact cervical cancer can have,” the charity’s head of communications Kate Sanger said.

“It has been fantastic to see that the documentary is generating conversations about cervical screening, especially on social media. Cervical screening saves lives and at a time when attendance is falling it is great to see people sharing support, tips and talking about the importance of the test.

“However, we are asking those watching the programme to be sensitive to the fact that while for many it is a straightforward test, for others cervical screening can be difficult.”

Research published by Jo’s last year found almost one in 10 women were only offered times they couldn’t make when they last tried to book an appointment, while 7% were told no appointments were available.

While most women get their smear tests at GPs, many have opted in the past to get them at sexual health and community clinics, which offer a range of services, walk-in appointments, shorter waiting times, and don’t require registration.

Yet the number of women in England receiving cervical screenings at sexual health and community clinics fell by 52% between 2013-14 and 2016-17, according to the trust.

Councils have rolled back sexual health services following cuts of £600 million to public health funding between 2015 and 2020 – adding to pressures on GPs.

Goody shot to fame in Big Brother in 2002 and then found herself embroiled in a racism storm after her comments about Indian actress Shilpa Shetty in the celebrity edition of the reality show in 2007.

She was given her diagnosis live on the Indian version of Big Brother the following year.

The rise in women getting screened after seeing her story “undoubtedly saved lives” but was sadly “short-lived”, according to Jo’s Cervical Cancer Trust.

Speaking on Wednesday to the BBC’s Victoria Derbyshire show, Jo’s volunteer Hayley Prince spoke about how Goody’s story had effectively saved her own life.

“Her death and journey promoted me to go and make an appointment and to actually go through with it and attend the appointment instead of putting it off any longer, and I had the same diagnosis as Jade,” she said.

“So had she not gone through that journey herself and publicised everything, I wouldn’t be here now, so I do owe my life to her in a way really.”

Goody’s former partner Jeff Brazier, with whom she had two children, now aged 16 and 14, said the documentary was “particularly well made” but “really unsettling”, and that he had not let the boys watch.

“From a technical parenting point of view, whilst they are coming to the end of their childhood and they are able to take on board more adult themes, I don’t think they are quite ready to watch a large percentage of what has been shown,” he told the Edinburgh Television Festival.

The final part of the documentary showed how Goody lived out her last days with her new husband, Jack Tweedy, and her children – but also with the cameras present.

In its review, iNews wrote that by the end it was “tough to tell who was exploiting who in this fame game” and that “the final part of this unsettling but brilliant documentary raises moral questions over the last weeks of Jade’s life”.

Its critic Kasia Delgado asked: “Is filming a dying woman, even if she doesn’t tell you to stop and is making lots of money from it for her children, the right thing to do?”

The Guardian gave the show four stars, describing it as “tears, tabloids and a modern fairytale”.

Lucy Mangan wrote: “Goody’s transformation by the media from vilified hate figure on Big Brother to ‘authentic’ heroine brought her fame and wealth – and is a parable of our times.” The Times described the series as “a three-act tragedy”.