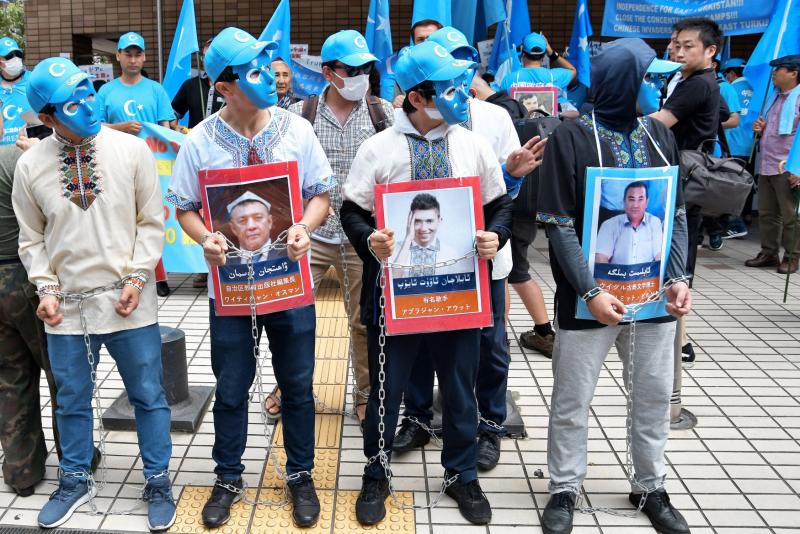 Takeshi Osuga, Japan’s foreign press secretary and official spokesman for the G20 conference, said Abe had raised issue of Hong Kong along with autonomous territory in northwest China, Xinjiang, during a meeting Thursday with Xi.

“The prime minister pointed out the importance of [maintaining] a free, open and prosperous Hong Kong under the ‘one country, two systems, formula with the recent extradition bill situation in mind,” Osuga said.

The bill would allow Hong Kong to extradite certain suspects to mainland China, sparking allegations that Bejing could use the law as a way to extradited people for political reasons with concern over lack of human rights protections there and a series of protests, which have halted the bill. Bejing and Hong Kong government deny the allegations.

Activists thanked Abe for his support at a press conference hours after the G20 summit kicked off Friday in Osaka, Japan.

Andy Chan Ho-tin, pro-independence activist and founder member of the Hong Kong National Party, said at the presser that he is “grateful” for Abe to have directly told Xi about Japan’s concern over China’s human rights violations.

“I am looking forward to other [G20] leaders doing the same and speaking up for Hong Kong people,” Chan Ho-tin said. “I’d like to thank the Japanese people for supporting Hong Kong.”

Though Abe also touched on the human rights issue of the Uighur minority in Xinjiang, activist Rebiya Kadeer urged Japanese government to to do more to tackle China’s human rights violations.

“I don’t think Japan is playing an adequate role in addressing the issue of concentration camps,” in the Xinjiang region, Kadeer said. “I want the Japanese government to realize that whatever China is saying to them about Uighurs is an outright lie, and to dispatch a group of investigators (to Xinjiang) to find out the details of what’s happening.”

Up to 1.5 million ethnic minority Uighurs and other Muslims could be held in those facilities, which Chinese authorities often refer to as “re-education” centers, some experts said.