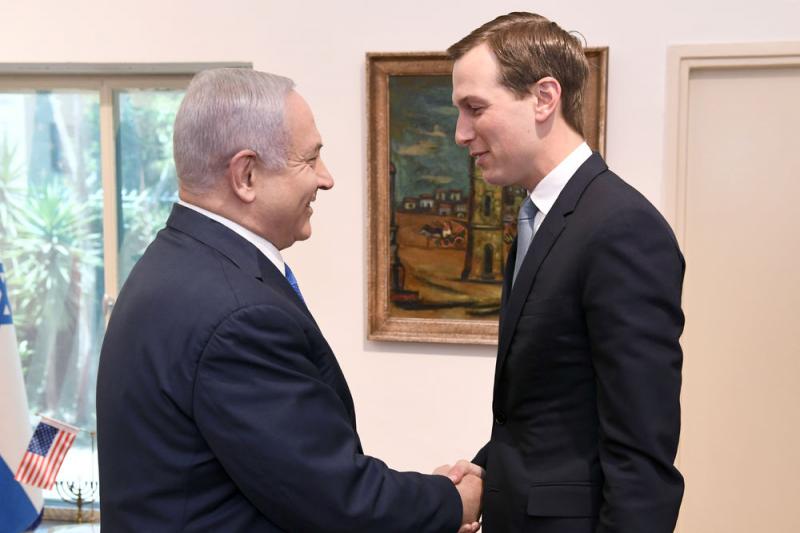 The meeting was the final leg of a regional tour that took a U.S. delegation to Morocco and Jordan to rally for an economic workshop in Bahrain next month. At the Bahrain meeting, the U.S. administration plans to unveil economic aspects of its Israeli-Palestinian peace plan.

“It’s always a great pleasure to welcome Jared Kushner to Israel, to Jerusalem, to discuss our common efforts for prosperity, security and peace,” Netanyahu said. “I have to say I am tremendously encouraged by everything I hear, and about how President [Donald]Trump, the United States, is working to bring allies together in the region against common challenges, but also to seize common opportunities.”

Kushner, Trump’s son-in-law, praised the relationship between the countries.

The meeting occurred after Israel’s Parliament voted to dissolve last night and hold a repeat election on Sept. 17 since Netanyahu was unable to form a coalition government.

Still, Netanyahu downplayed the political turmoil at the meeting, referring to it as “a little event.”

“Even though we had a little event last night, it’s not going to stop us,” Netanyahu said. “We are going to continue working together. We had a great, productive meeting that reaffirms that the alliance with the United States of America has never been stronger, and is going to get stronger.”

Kushner did not mention the turmoil last night at all and agreed with Netanyahu that the relationship between the countries has “never been stronger.”

“We are very excited about all the potential that lies ahead for Israel, the relationship and the region,” Kushner said.

The economic workshop set for June 25-26 in Manama, Bahrain, is the first phase of Trump’s peace plan, which has been dubbed the “Deal of the Century.”