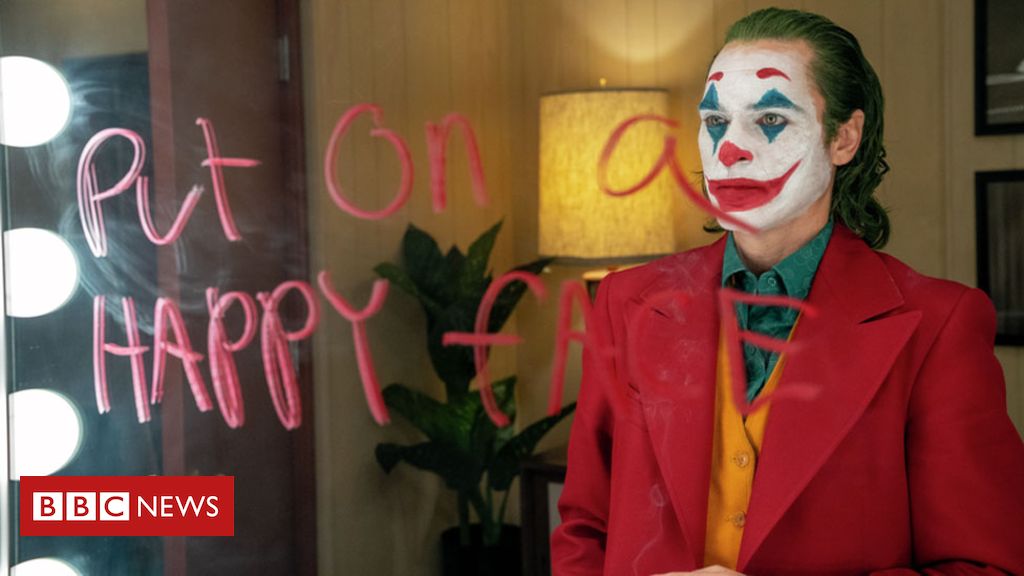 A new film exploring the origins of DC comic book villain The Joker has left many critics grinning from ear to ear – but not all of them are amused.

The Guardian called Joker “gloriously daring“, while Total Film said it was “challenging [and] subversive”.

Joaquin Phoenix’s lead performance has been variously described as “fearsome“, “astonishing” and “mesmerising“.

According to another reviewer, though, the film is guilty of “aggressive and possibly irresponsible idiocy“.

Director Todd Phillips, writes Time magazine’s Stephanie Zacharek, “may want us to think he’s giving us a movie all about the emptiness of our culture”.

“But really,” she continues, “he’s just offering a prime example of it”.

Joker, which comes out in the UK on 4 October, is described as an “original, stand-alone origin story” by distributor Warner Bros.

Its latest trailer, released at the end of last week has already amassed nearly 25m views.

Phoenix plays Arthur Fleck, a clown for hire who is driven to violent criminality when his dreams of being a stand-up comic come to naught.

The late Heath Ledger won a posthumous Academy Award for his performance as The Joker in 2008 blockbuster The Dark Knight.

According to IGN’s Jim Vejvoda, Phoenix also merits an Oscar for his “riveting, fully realised [and] fully committed” portrayal.

The 44-year-old was previously nominated for that accolade for his roles in Gladiator, Walk the Line and The Master but has yet to win the prize.

According to Time Out’s Phil De Semlyen, Joker is an “unrelenting, grimly funny and brilliantly visceral reinvention of the DC supervillain”.

Yet the film is dismissed as “pernicious garbage” by online critic Glenn Kenny, who accuses it of being self-important and “chicken-livered”.

The Wrap, meanwhile, says Joker is “comic book nihilism… wrapped up in a convincing but ultimately hollow simulacra of better, smarter movies”.

Speaking on Saturday at the Venice Film Festival, Phoenix said he did not “refer to past iterations” when crafting his own.

“The attraction… was that we were going to approach it in our own way,” he told reporters ahead of the film’s world premiere.