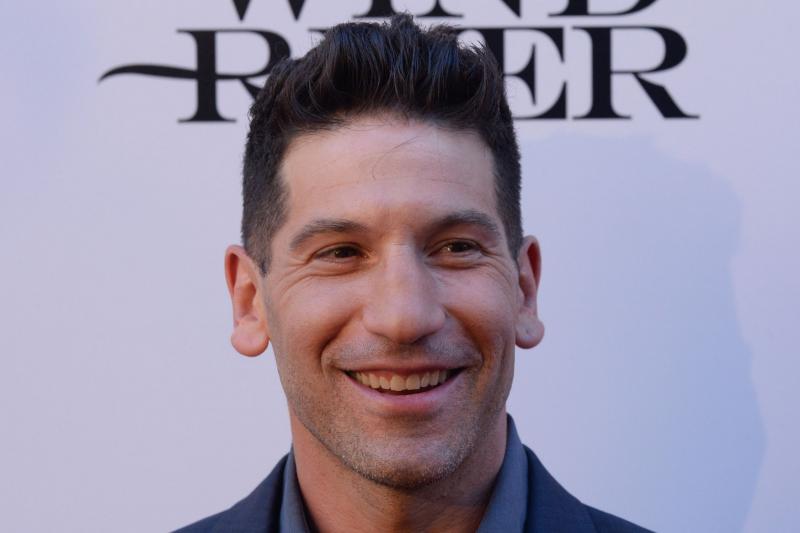 Oct. 21 (UPI) — Actor Jon Bernthal is transitioning from the virtual world of video games, playing the villain in Ubisoft’s Ghost Recon 4, to the real world of the 1960s as Lee Iacocca in Ford v Ferrari.

Bernthal, 43, best known to audiences as the duplicitous Shane in the first two seasons of AMC zombie drama The Walking Dead and as gun-slinging Marvel hero The Punisher in the recently-defunct Netflix series, lent his voice and motions to Cole Walker, a former member of the titular special forces team turned main antagonist of Ghost Recon 4.

The actor told UPI in a recent interview that the role involved more than just his voice and utilized motion-capture technology to bring the character to life.

“We shoot it in this room with 800 cameras. It’s like a rehearsal room, you have to use your imagination while you’re working,” Bernthal said. “But seeing it come to fruition and seeing all the beautiful work that the artists and technicians have done on the game, filling in the world … it’s beautiful. It’s incredible how talented these folks are.”

“Obviously, wearing that silly outfit with the dots on your face is pretty crazy, but you get over it fast,” Bernthal said.

“Suspending your disbelief is sort of a job requirement for me, so it’s no more ridiculous than walking out in the woods and thinking that there’s zombies out there. You’ve got to believe in the given circumstances of the world that you’re playing in.”

Walker, like Punisher hero Frank Castle, is a former soldier whose life took an unexpected turn that sent him down a different path.

“I think with both of them, there’s an acute change in their life and their mission becomes highly personal,” Bernthal said. “With Frank Castle, it’s all about what happened to his family, and it changed the kind of person who he was, and his new mission encompassed him fully.

“I think you could argue with Cole that he always felt the way that he feels. I think he was always frustrated with the protocols and the standards and moral compass of the Ghosts.”

Walker, a high-ranking member of the Ghost Recon team, turned against the military to avenge fallen teammates whose deaths he blamed on the U.S. government.

“I don’t think he looks at himself as having changed for evil, or decided to live his life according to bad motivations,” Bernthal said. “I think his motivations are the same all the way though, he’s just decided to go after his goals and what he’s searching for in a more direct and, to him, a more honest and unadulterated way.”

Bernthal said he had the opportunity to work with combat veterans from multiple service branches while creating the game.

Ghost Recon 4 “was written by combat vets and it was performed, at least in my case, under the scrutinizing eye of combat vets, guys from the special forces and the green berets,” Bernthal said. “I think authenticity is paramount for the folks at Ubisoft in making this game and that really gels with me and the way that I like to work.”

Bernthal’s next major project is as automotive mogul Lee Iacocca in James Mangold’s Ford v Ferrari. The film follows the story of a Ford Motor Co. team working to create a racing car to defeat Ferrari’s vehicle at the 24 Hours of Le Mans endurance race in 1966.

Iacocca is best known for his tenures as president of both Ford and rival Chrysler Corp., but the film sees him early in his tenure as vice president at Ford.

“The bulk of the information about Lee that’s out there is really seen through the lens of him having enormous success, and this was all at a time in his life where he didn’t have that success.”

Bernthal said playing a real-life character involved equal parts research and using his imagination to form what Iacocca would have been like at that point in his life.

“I use my dad as a real inspiration for that role, and the qualities that I really believe had driven my father,” he said. “I play a lot of super muscular, ultra-masculine men, and I feel like Lee Iacocca is no different. It’s just that his super powers are his loyalty and his integrity and his ethics, rather than his ability to fight and master weapons.”

Bernthal said Small Engine Repair, a movie in which he starred and produced with John Pollono, will be released later this year, and marks his first credit as a producer. He said he also is working on his first writing project, a TV series, and he plans his first turn as a director next year.

“I’m a storyteller, I love telling stories, I love being a part of telling someone else’s story, and I’m really excited for what the future holds in acting, producing, directing and in writing,” he said. I’ve really fallen in love with writing, and I’m really looking forward to getting my projects out there,” he said.