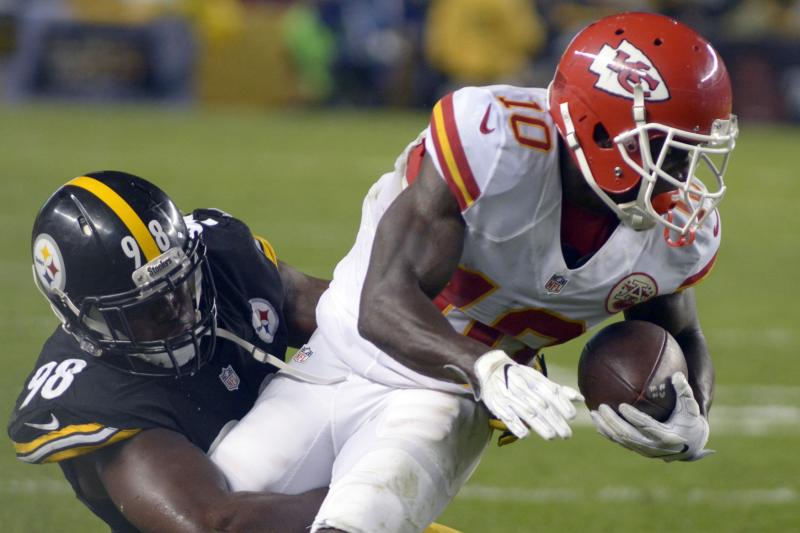 League sources told ESPN and Yahoo Sports that Hill was carted off the field after being examined in the medical tent. The wideout sustained a bruised quad and is expected to be fine, according to ESPN.

Chiefs cornerback Bashaud Breeland hit Hill while attempting to break up a pass, according to ESPN. The receiver remained on the ground before limping to the medical tent.

Hill was stretching and bending his right leg in the tent before a golf cart picked him up and took him away from the practice field.

Hill, who was suspended from off-season practices by the Chiefs due to a child abuse investigation regarding his 4-year-old son, returned to the field Saturday. The NFL said he wouldn’t be disciplined and cleared him to report to training camp.