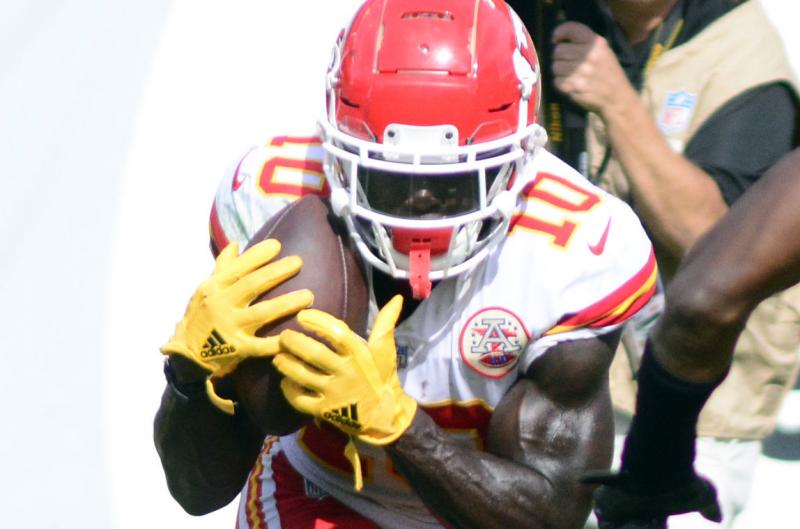 “As in any case, if we receive additional evidence we re-evaluate,” Howe told the Kansas City Star on Friday.

Police were called to Hill’s home twice in March and determined his son had been injured. Howe announced in April that charges would not be filed because the evidence in the case didn’t clearly establish who committed the action.

The Kansas Department for Children and Families is investigating Hill. NFL spokesman Brian McCarthy told the Kansas City Star that the NFL was waiting for permission from the department to interview him.

Hill’s lawyers have repeatedly denied the abuse allegations. The lawyers also have accused Hill’s fiancée of abusing the child.

Hill emerged as one of the league’s top receivers last season. He recorded a career-high 87 catches for 1,479 yards and 12 touchdowns for the AFC West-winning Chiefs.

Hill added 151 yards and a rushing touchdown on 22 carries. He has made the Pro Bowl in his first three seasons.