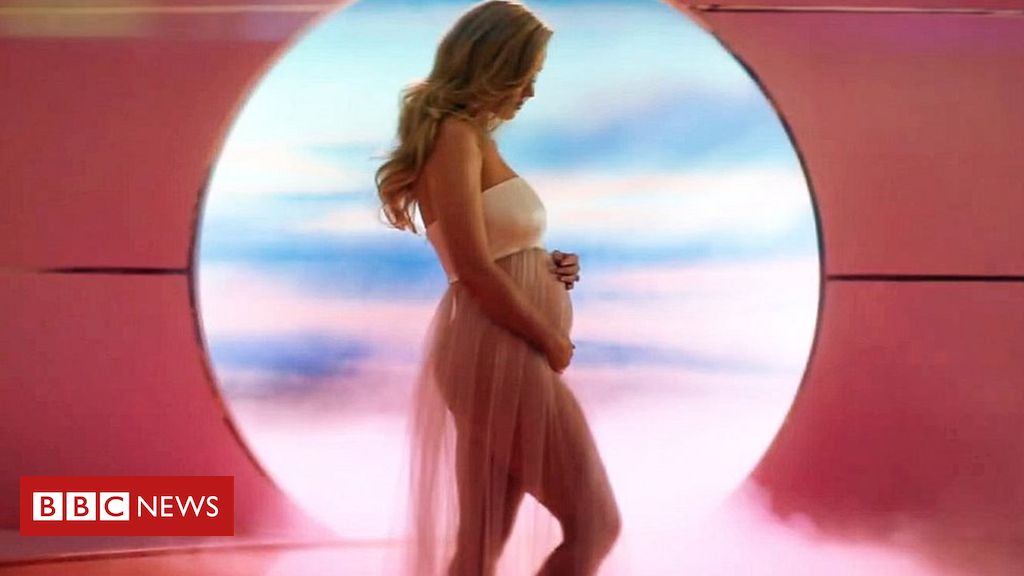 Pop superstar Katy Perry has revealed that she and her fiancée Orlando Bloom are expecting their first child.

The star announced her pregnancy in the video for her latest song, Never Worn White, revealing a baby bump in the final frames of the four-minute clip.

“OMG, so glad I don’t have to suck it in anymore,” she tweeted after the reveal, “or carry around a big purse”.

Perry, who was previously married to Russell Brand, has been dating Bloom since 2016.

In an Instagram story, Perry told fans the couple were “excited” and “happy”, and that the child was due around the same time as her sixth album.

“There’s a lot that will be happening this summer,” she said. “Not only will I be giving birth, literally, but also figuratively to something you guys have been waiting for.

Perry explained the decision to reveal her pregnancy in a music video, saying: “I like to tell you guys everything but I knew I would tell you in the best way, which is through a piece of music because that’s… I guess that’s how I speak to you. That’s how we speak together to each other.”

She added that she’d started to develop food cravings. She now carries Tabasco sauce with her at all times and has been eating “the same burrito for weeks on end”.

Bloom already has a nine-year-old son Flynn with his ex-wife, the Australian model Miranda Kerr.

The British actor, who is best known for his roles in Lord of the Rings and Pirates of the Caribbean, proposed to Perry in February 2019; and Never Worn White hints that the couple plan to walk down the aisle soon.

Before that, however, the star is due to fly to Australia, where she will perform at the Women’s T20 World Cup this Sunday at the Melbourne Cricket Ground,

She will also headline a concert next week in support of Australia’s firefighters and communities affected by bushfires.