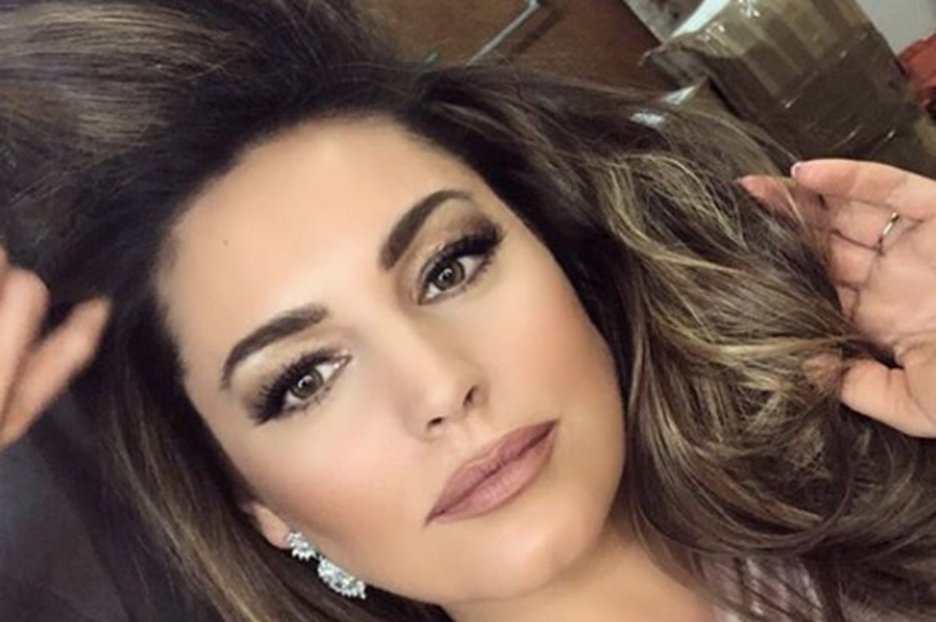 The stunning model recently made a cheeky dig at her ex, Jason Statham.

But the 39-year-old presenter appeared to have moved on from her recent jibe today and showed fans that life is just peachy.

Uploading to Instagram, Kelly Brook looked happy and relaxed as she spent the day in the countryside of Kent.

The busty babe took to the lush green fields for a saucy photoshoot in the sunshine.

And, ever the vixen, she slipped into a very racy ensemble for the occasion.

Kelly rocked a pair of bum-grazing denim hot pants which teased her bootylicious behind.

She teamed the skimpy garment with a denim shirt and playfully turned her back on the camera to ensure all eyes were on her bottom.

The stunner donned a slick of minimal makeup for the snap, while her luscious chocolate tresses were styled int thick, bouncy waves.

She captioned the sexy snap: “Summers in Kent.”

And it didn’t take long before the busty babe was inundated with comments from her whopping 1.1million following, who flocked to gush over her cheeky display.

A second chimed: “What a peach.”

While a third admirer quipped: “The cheek of it! You saucy minx!”

Speaking on Heart Radio this week, Kelly Brook joked that her Hollywood hunk ex Jason Statham was “skint” when she dated him between 1997 and 2004.

The bombshell admission came after her co-host Ashley Roberts described Jason as: “a multi-millionaire action hero with a supermodel fiancée, and the star of one of the biggest franchises in the world.”