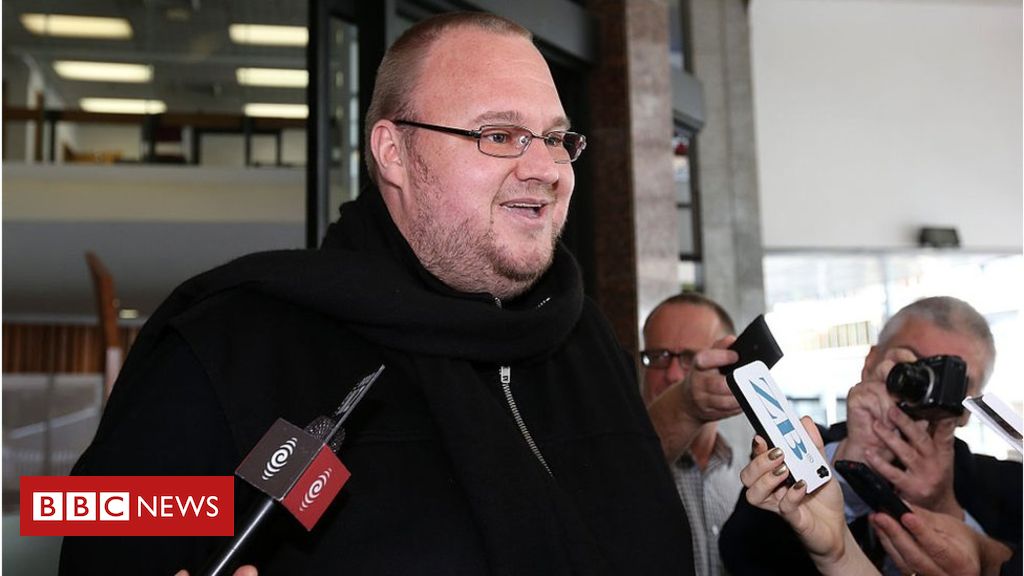 Controversial internet entrepreneur Kim Dotcom has begun a final appeal to halt his extradition from New Zealand to the US on copyright-related charges.

But his lawyers told New Zealand’s Supreme Court on Monday it was never meant to encourage copyright breaches.

Mr Dotcom, who denies the charges, could face a lengthy jail term in the US if extradited and found guilty.

In 2005 I created a website that allowed people to upload files to the cloud. At the time only small files could be attached to emails. Megaupload allowed users to email a link to a file. That’s it.

In 2019 the NZ Supreme Court decides if I should be extradited for this “crime”.

The US Department of Justice has been trying to extradite the men since 2012, and in 2015 a New Zealand district court said it would permit the move.

The defendants have since lodged unsuccessful appeals at the High Court and Court of Appeal, leading to a final push this week at the Supreme Court.

Mr Dotcom founded Megaupload in 2005 and went on to make millions of dollars from advertising and premium subscriptions on the site.

At its peak it was the 13th most popular website on the internet, accounting for 4% of all online traffic worldwide.

But in 2012 the FBI indicted the site’s owners, claiming they had knowingly breached copyright on a mass scale by hosting illegally created music, film and software files.

This, they said, had cost film and music producers some $ 500m of losses.

Mr Dotcom – who was born in Germany but lives in New Zealand – was later arrested during a dramatic armed raid at his mansion in Auckland, along with his co-accused.

The men have argued that the site, which was shut down in 2012, was designed only as a digital locker for users to store and share large files – something Mr Dotcom reiterated in a Twitter post on Sunday.

Lawyers for the defendants also argue their actions did not amount to criminal offences in New Zealand, and are therefore not extraditable offences.

If New Zealand’s Supreme Court upholds the extradition order, the final decision on the men’s fate will be made by the country’s Justice Minister Andrew Little.