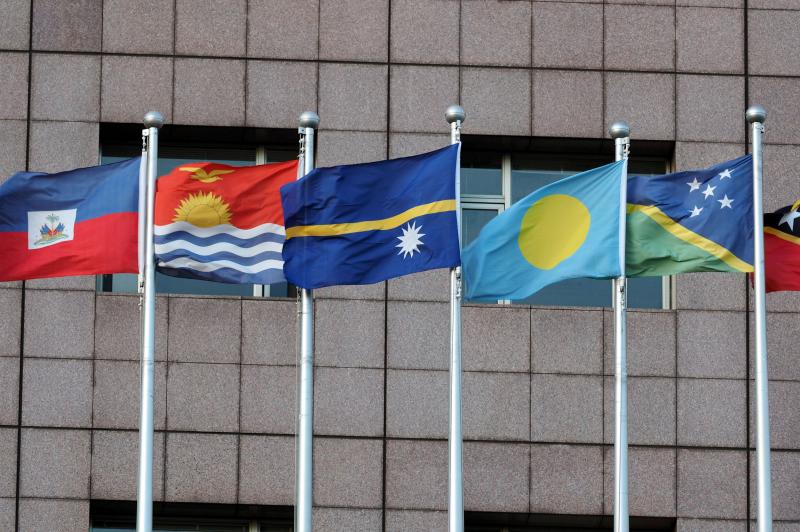 Sept. 20 (UPI) — Taiwan has lost its second ally in a week as the Micronesian nation of Kiribati severed diplomatic ties with Taipei on Friday in favor of fostering relations with Beijing.

Taiwan’s Ministry of Foreign Affairs said Kiribati had notified it of its intent to terminate diplomatic relations. In response, Taipei cut ties with Tarawa “effective immediately” while ending all bilateral cooperative projects and recalling all embassy, technical mission and medical personnel stationed in the country.

“The [Taiwanese] government deeply regrets and strongly condemns the Kiribati government’s decision, which disregards the multifaceted assistance and sincere friendship extended by Taiwan to Kiribati over the years,” the ministry said.

According to the statement, China had offered Kiribati money to procure commercial airplanes, “thus luring Kiribati into switching diplomatic relations.”

The ministry said China’s offer came after Taiwan told Kiribati President Taneti Mamau that it would not provide him with the “massive financial assistance” as donation to purchase the planes as it had requested.

“Aid for the acquisition of airplanes for commercial purposes is not consistent with the spirit of Taiwan’s International Cooperation and Development Act,” Taiwan said.

The move came days after the Solomon Islands also severed relations with Taiwan, which accused China of bribing the island-chain nation into alliance.

“The main goal driving Chinese government’s continued campaign to push Taiwan’s allies to sever diplomatic relations is to suppress and reduce Taiwan’s international presence, thereby forcing the Taiwanese people to accept the ‘one country, two systems’ framework and recognize China as its suzerain in the international community and thus to ultimately destroy Taiwan’s sovereignty,” the ministry said Friday.

China views Taiwan as its territory and will not hold diplomatic relations with countries that have ties with Taipei. Meanwhile, Taiwan states it is a sovereign, democratic nation.

“Taiwan is not a province of the PRC, and the PRC has never ruled over Taiwan for even a single day,” the ministry said, referring to the People’s Republic of China by its initials.

Though China has not yet commented on Kiribati’s decision, it said following Solomon Island’s move that “Taiwan is an inalienable part of China’s territory. These are basic facts and the universal consensus of the international community.”

China has been steadily recruiting Taiwan’s allies to its side since 2016, leaving it with 15 remaining, including Belize, Guatemala, Honduras and Nicaragua.