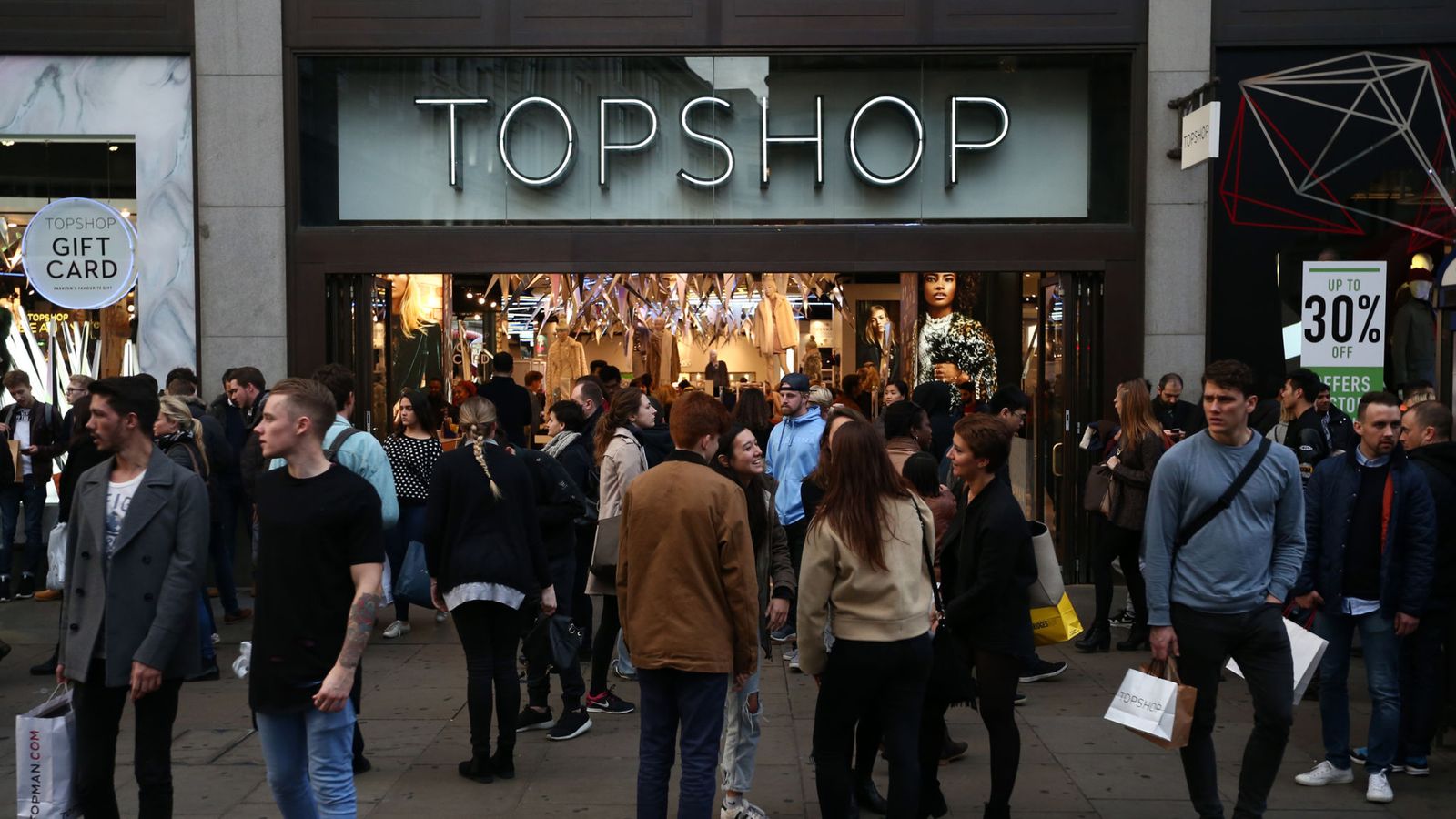 Sir Philip Green’s plan to save his high street empire from collapse edged closer to failure on Tuesday when its second-biggest landlord indicated it would oppose a last-gasp rescue deal.

Sky News has learnt that Intu Properties, which owns the Lakeside and Trafford Centre shopping centres, has informed Arcadia Group that a compromise deal aimed at winning over sceptical property-owners had not persuaded it to support a proposed Company Voluntary Arrangement (CVA).

The move inches Arcadia, which needs the support of 75% of creditors at a rescheduled vote on Wednesday, to the brink of administration, and casts renewed doubt over 18,000 high street jobs.

Intu’s decision, which insiders said would not be reversed ahead of the vote, makes it “very difficult” for Arcadia to win the vote even if other major landlords support the revised deal.

Sir Philip’s empire – which includes the Top Shop and Burton brands – announced on Friday that it would reduce the severity of proposed rent cuts, a move that would cost the tycoon’s family close to £30m over a three-year period.

Intu, which owns about 35 Arcadia shop units across the UK, will have the biggest single say at Wednesday’s creditor meeting, accounting for an average of about 15% of the vote across at least six separate CVA proposals.

A source close to the company said Intu had not changed its view since last week, when its opposition to the original plan forced Arcadia to adjourn the vote until this week.

Intu is understood to believe that it would be unfair to substantially reduce rents on Arcadia units to the disadvantage of other retail tenants.

On average, the shopping centre-owner is said to face revised rent cuts of 40%, rather than the earlier 50%, but this was still too large for Intu executives to justify, according to an insider briefed on its views.

Intu is understood to believe that it would be better-placed to take its chances with an administration process for Arcadia, with Topshop accounting for 70% of its Arcadia units.

The company owns eight of the UK’s top 20 shopping centres, and disclosed this week that footfall last month at its centres rose by 1.1% – outperforming the wider market.

A source close to Arcadia insisted that it could still win Wednesday’s vote, even with Intu opposing it, but conceded that it would need the support of every other major landlord.

Landsec, British Land and Hammerson are thought to be voting in favour, while M&> Investments, Aviva Investors and Aberdeen Standard Investments will also have a vital say in the outcome.

Sir Philip’s empire plans to go ahead with the vote, according to the source, although if it fails, Arcadia is likely to fall into administration on Wednesday evening.

If it does so, more than 9500 pension scheme members are likely to require the support of the Pension Protection Fund, which agreed last week to support Sir Philip’s plan after he pledged another £25m to its retirement scheme.

And if Arcadia does collapse, it would be the most stunning casualty in a sector brutalised by difficult trading conditions in recent years.

While big names such as Debenhams, House of Fraser, Maplin and Toys ‘R’ Us have all entered some form of insolvency or disappeared, the demise of a tycoon widely lauded as “the king of the high street” would be the most notable by far.

Arcadia’s collapse into administration would herald a break-up of the group, with significant interest likely to be registered in buying Topshop but a lesser appetite for a takeover of brands like Evans and Wallis.

Deloitte is understood to have been placed on standby to act as Arcadia’s administrator, according to creditors who have been briefed on the process.

Under Arcadia’s proposals, nearly 50 stores will close with the loss of hundreds of jobs, while landlords would be handed 20% of the company.

A larger number of stores is ultimately likely to close if Arcadia is unable to avoid administration.

The collapse of his remaining retail interests would be the culmination of a dismal few years for Sir Philip.

In 2017, he agreed to pay up to £363m to compensate BHS pensioners following a furious row over the department store chain’s collapse little more than a year after he sold it for £1 to the former bankrupt, Dominic Chappell.

Sir Philip has more recently been embroiled in a storm over his behaviour towards Arcadia employees and his use of non-disclosure agreements to prevent former workers discussing their severance packages.

Last month, he was charged in Arizona in relation to his behaviour towards a Pilates instructor, although he has denied any unlawful wrongdoing.