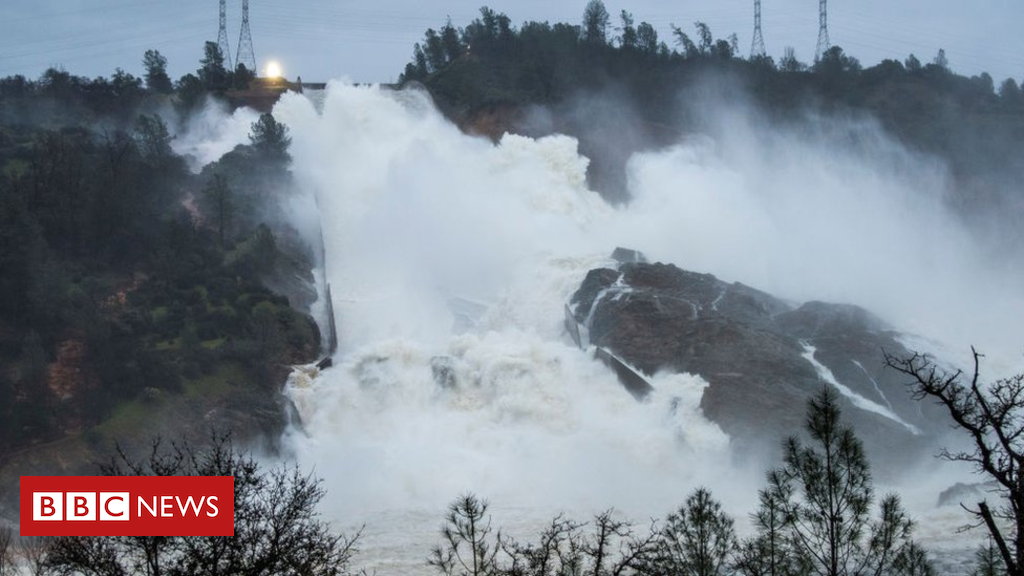 A new study says that many large scale hydropower projects in Europe and the US have been disastrous for the environment.

Dozens of these dams are being removed every year, with many considered dangerous and uneconomic.

But the authors fear that the unsustainable nature of these projects has not been recognised in the developing world.

Thousands of new dams are now being planned for rivers in Africa and Asia.

‘They dammed everything’ – hydropower gone sour

Are too many hydropower dams being built?

Hydropower is the source of 71% of renewable energy throughout the world and has played a major role in the development of many countries.

But researchers say the building of dams in Europe and the US reached a peak in the 1960s and has been in decline since then, with more now being dismantled than installed. Hydropower only supplies approximately 6% of US electricity.

Dams are now being removed at a rate of more than one a week on both sides of the Atlantic.

The problem, say the authors of this new paper, is that governments were blindsided by the prospect of cheap electricity without taking into account the full environmental and social costs of these installations.

More than 90% of dams built since the 1930s were more expensive than anticipated. They have damaged river ecology, displaced millions of people and have contributed to climate change by releasing greenhouse gases from the decomposition of flooded lands and forests.

“They make a rosy picture of the benefits, which are not fulfilled and the costs are ignored and passed on to society much later,” lead author Prof Emilio Moran, from Michigan State University, told BBC News.

His report cites the example of two dams on the Madeira river in Brazil, which were finished only five years ago, and are predicted to produce only a fraction of the power they were expected to generate because of climate change.

In the developing world, an estimated 3,700 dams, large and small are now in various stages of development.

The authors say their big worry is that many of the bigger projects will do irreparable damage to the major rivers on which they are likely to be built.

On the Congo river, the Grand Inga project is expected to produce more than a third of the total electricity currently being generated in Africa.

However, the new study points out that the main goal for the $ 80bn installation will be to provide electricity to industry.

“Over 90% of the energy from this project is going to go to South Africa for mining and the people in the Congo will not get that power,” said Prof Moran.

“The people that I study in Brazil, the power line goes over their heads and goes 4,000km from the area and none of the energy is being given to them locally.”

“The nice goal of rural electrification has become completely subverted by large scale interests who are pushing this technology and governments are open to being convinced by them that this is the way to go.”

The report points our that the large installations on these great rivers will destroy food sources, with 60 million people who live off the fisheries along the Mekong likely to be impacted with potential loss of livelihoods greater than $ 2bn. The authors also believe that dams will destroy thousands of species in these biodiversity hotspots.

In Brazil, which gets 67% of its electricity from hydropower, the response to reduced water capacity because of climate change is to build more dams.

With the election of Jair Bolsonaro in Brazil, a temporary halt to building new hydro projects is likely to be overturned and plans for 60 new dams are already in place.

The authors say that with huge pressure on countries to press ahead with renewable energy developments, a mix of energy sources including hydro is the most sustainable approach.

“Large hydropower doesn’t have a future, that is our blunt conclusion,” said Prof Moran.

“To keep hydropower as part of the mix in the 21st century we should combine multiple sources of renewable energy,” said Prof Moran.

“There should be more investment in solar, wind and biomass, and hydro when appropriate. As long as we hold them to rigorous standards where the costs and benefits are truly transparent.”

The study has been published in the journal Proceedings of the National Academy of Sciences.