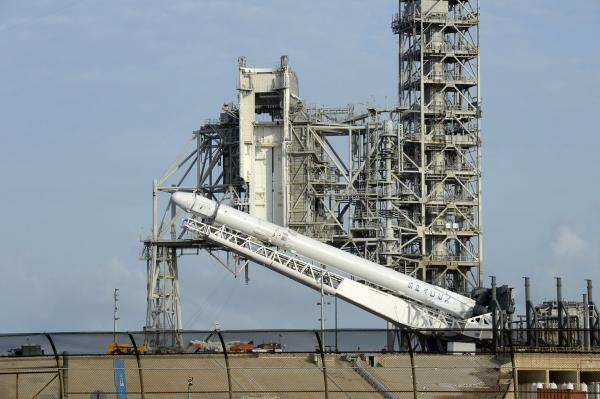 July 3 (UPI) — SpaceX’s Falcon 9 rocket didn’t get off the launch pad at Cape Canaveral on Monday because something triggered an automatic abort just seconds away from lift-off, officials said.

The rocket, carrying the Intelsat 35e satellite, was set to blast off at 7:37 p.m. EDT Monday. Mission controllers received an extended launch window into the evening, but the window closed not long after the computer system issued the abort.

It wasn’t immediately clear why the computer triggered the abort — with 9 seconds until blast off.

SpaceX said the next lunch opportunity could be Tuesday, the Fourth of July.

When it is launched, the satellite will be propelled into space by an expendable version of the Falcon 9 rocket, which means SpaceX won’t attempt to land the rocket on a floating platform as it’s done on its last two missions. Instead, the rocket will ultimately fall into the ocean.

The heavy payload demands a more fuel-efficient rocket. Without the extra landing gear, the Falcon 9 will be lighter, allowing it to accelerate faster. It will also allow the rocket’s first stage to use all of its fuel during the takeoff and ascent.

SpaceX was originally scheduled to deliver the Intelsat 35e to space on Sunday, but poor weather forced officials into a delay. The next attempt will also be streamed live online.

The high-throughput geostationary communications satellite will be operated by Intelsat. It was designed and built by Boeing.

It’s been a busy summer for SpaceX. Last month, the aerospace company launched a pair of reused Falcon 9 rockets and successfully landed the first stages of both.

SpaceX also launched the first reused Dragon capsule. On Sunday, the reused capsule safely splashed into the ocean after a few weeks spent attached to the International Space Station.