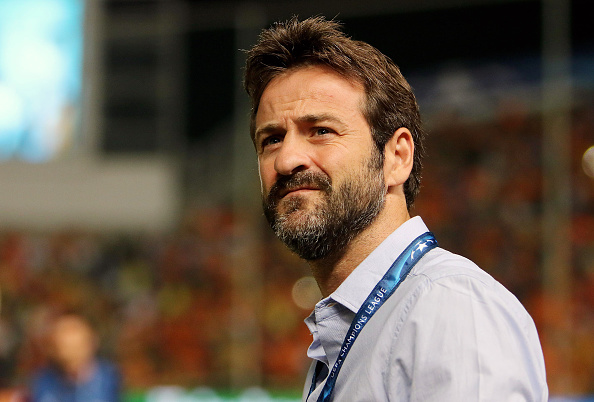 Danish-born Christiansen, 44, who has a Spanish mother and made two appearances for Spain as a player, was officially unveiled as Garry Monk’s successor at Elland Road on Monday. He has signed a two-year deal with an option for a third.

The former APOEL Nicosia boss was schooled under Cruyff as a teenager at Barcelona and will adopt the Dutch great’s blueprint, with his own twist, as he targets English football’s top flight.

“Everyone has their way to coach, to perform with the team, but of course he was very important,” said Christiansen, signed by Cruyff for Barca aged 18 and who went on to play for Oviedo and Villarreal, plus Bundesliga sides Bochum and Hannover.

“There were many things that I didn’t understand, that he showed us, normal things for me now to understand, but in that moment I couldn’t see it because he was a genius – on the pitch, coaching.

“He’s the one who also changed football a little bit and this is one of the things I want to bring to Leeds.”

Club owner Andrea Radrizzani appointed Angus Kinnear as managing director and Victor Orta as director of football soon after completing his 100 per cent buy out of Massimo Cellino last month.

They ended their three-week search for Monk’s replacement last Thursday and in Christiansen have installed a head coach who said he will stand or fall by his footballing principles.

“All coaches have a different way to see football,” he said. “The most important is to be effective and to get the results.

“Of course everyone wants to play nice football, attractive, having the ball and scoring a lot of goals. But at the end, if you don’t take the points, you’re not doing anything.

“So I have to adapt many situations to Leeds, to the team, to the system, everything that goes around the team.

“But having my ideas – I will die with my ideas, my philosophy.”

Christiansen is Leeds’ eighth manager since May 2014 and hopes to become their first in the Premier League since 2004.

Julio Banuelos has followed him from APOEL to be his assistant, with Ivan Torres installed as fitness coach and Marcos Abad as goalkeeping coach.

“Last year we finished seventh. At least the promotion should be there and of course we hope to do better,” Christiansen said.

He guided APOEL to the last 16 of the Europa League and their domestic league title in his only season in charge, but his 12-month contract was not renewed and he departed on May 25.

Orta stressed there was a “specific budget” for summer signings and that the head coach would have the last word on new players.

Christiansen is keen to keep hold of 30-goal striker Chris Wood – “who wouldn’t be?”, he said – but claimed he had no transfer targets at this stage, with the players scheduled to return for medical tests on Friday.

“This is something we’re going to talk about internally,” Christiansen added.

“We have to bring in players who really want to be here. It’s the same as me as coach.

“I died to be here. It was my first choice and target when I heard about it. I was very clear that this was what I wanted.”