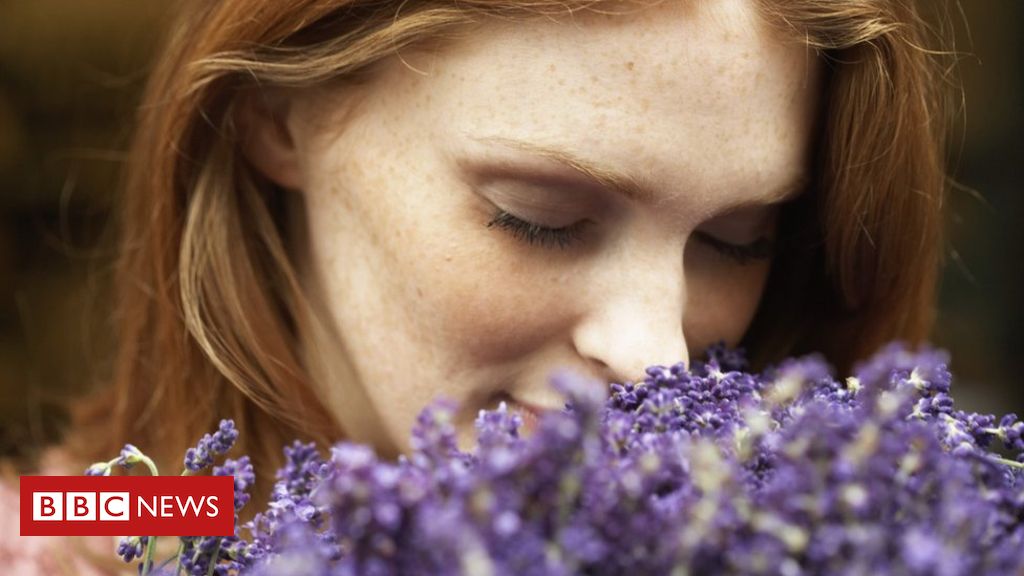 Scientists say they have discovered a biological anomaly that could change how we understand our sense of smell.

The study in the journal Neuron shows some people can smell normally, despite missing the part of the brain that is considered to be crucial for smell – the olfactory bulbs.

Lacking bulbs should cause anosmia (being unable to smell).

Curiously, the phenomenon mostly affects left-handed women, and has never been detected in men.

How does smell work?

So how do we smell a fresh mug of coffee, a garden flower or even a newborn’s soiled nappy?

This creates an electrical signal that travels up to a specialised part of the brain called the olfactory bulbs.

They process the signals coming from the nose to work out what we are sniffing.

Except researchers at the Weizmann Institute of Science in Israel have found people who have a normal sense of smell even though they are bulb-less.

How common is it?

The scientists stumbled across the first example when doing brain scans of people with a healthy sense of smell as part of a completely unrelated study.

Researcher Prof Noam Sobel told BBC News: “We could not find any sign of olfactory bulb in her brain, it’s an anomaly – this does not make sense, right?”

The woman was left-handed and the researchers wanted to compare her brain to other left-handed women, to see what was going on.

They only had to scan another nine brains before they found another woman with no bulbs, but a cracking sense of smell.

“It was overwhelmingly shocking, this started ringing all the bells,” Prof Sobel said.

The team then turned to a public library of 1,113 brain scans – the Human Connectome Project – and found yet more examples.

The phenomenon has never been detected in men, but is present in more than 4% of left-handed women.

Prof Sobel said he had “absolutely no clue” why gender and left-handedness seem to be involved.

So what is going on?

There are a number of ideas, but only more research will tell which is correct.

One possibility is the women do have olfactory bulbs, but they are so small they cannot be detected on brain scans.

However, this does not explain how they retain such a good sense of smell with such compromised bulbs.

Another explanation is the brain’s ability to adapt, known as plasticity.

If a child is born without olfactory bulbs, then maybe another part of the brain takes on the bulb’s aroma-discerning responsibilities.

But the researchers have raised a more controversial explanation which challenges current understanding of smell.

They argue the bulbs may not be involved in recognising smells and instead have a different role, potentially for locating a smell rather than identifying it.

He added: “My hunch is the olfactory bulbs may be more important for the ‘where’.”

What do experts think?

“The fact that their olfactory ability is virtually identical to that of normal subjects is very surprising,” Prof Matthew Cobb of the University of Manchester told the BBC.

Prof Cobb, author of the forthcoming book Smell: A Very Short Introduction says the living brain is very flexible, and may be compensating for a lack of olfactory bulbs.

“For example, there is a man in Marseille whose cortex – the region of the brain generally thought to be involved in higher intellectual functions – is compressed into a tiny sliver of cells, yet he is of average intelligence and holds down a job as a civil servant.

“In China, a young woman has no cerebellum – the structure at the base of the brain involved in co-ordination – and although she does have slurred speech and poor coordination, these symptoms are nowhere near as serious as animal studies would suggest they should be.”