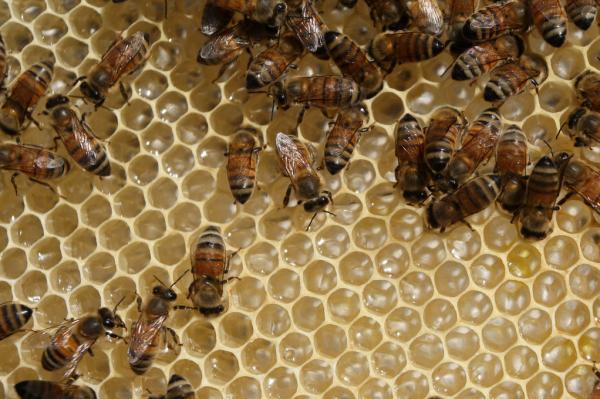 Nov. 3 (UPI) — Just as humans and other animals are often more dexterous with one hand or paw — usually the right — honeybees have individualized flight pattern preferences. Some prefer to go right, others feel more comfortable going left.

Left-handedness is relatively rare among humans. But according to the latest research, plenty of bees go left. The insects are more democratic in their directional preferences.

“Unlike humans, who are mostly right-handed, some bees display a strong left bias, others a strong right bias, and yet others a weak or zero bias,” Mandyam Srinivasan, professor at the University of Queensland, said in a news release.

More the 80 percent of the time, bees chose the larger gap, presumably because it offered the safer route. But when presented with two equally sized gaps, bees revealed their left-right tendencies.

Some 55 percent of the bees showed no bias, but the remaining 45 percent preferred to go either left or right. Scientists confirmed that the biases were not random by measuring how long individual bees took to decide which of the differently sized gaps to pass through.

Bees presented with a larger gap on the side opposite their directional preference took longer to commit to the safer route.

“We believe these individual biases help to improve the flight efficiency of a swarm of bees through densely cluttered environments,” Srinivasan said. “Flying insects constantly face the challenge of choosing efficient, safe and collision-free routes while navigating through dense foliage.”

The findings — detailed in the journal PLOS ONE — could help researchers improve the designs and programming for swarms of drones.