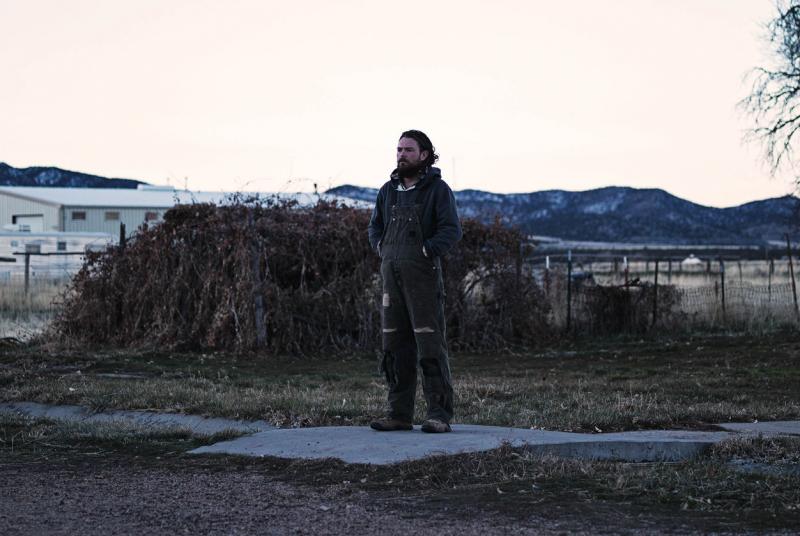 PARK CITY, Utah, Jan. 27 (UPI) — One year after the TV show Lethal Weapon fired him, Clayne Crawford has bounced back with a film he feels his Rectify fans will appreciate, too. The Killing of Two Lovers, which he produced and in which he starred, is premiering at Sundance Film Festival Monday.

“This has been the greatest year of my life because I actually went and made something the way that I wanted to make it,” Crawford told UPI at the festival. “Sometimes, you have to walk through fire to get to the beauty, and I am in the beauty right now. I told my wife I’m 41 and this is the happiest I’ve ever been with my career, and it only happened because I was backed into a corner.”

Crawford plays David, a man separated from his wife, Nikki (Sepideh Moafi). They are trying to reconcile, but Nikki is seeing someone else.

“I loved Lethal and I really loved playing that action character, but I was missing that Rectify [work],” Crawford said. “So much was what was not said with Rectify and what was underneath.”

Both Rectify and Killing are set in small towns. Crawford said the characters dealt with their problems in similarly dramatic ways, even if their problems were different.

“Both communities are somewhat of a fish bowl, so there’s no secrets,” Crawford said. “Everyone in town knows what you’re going through, whether it be good and positive or negative.”

The Killing of Two Lovers, directed by Robert Machoian, unfolds in long takes, some of which are silent when Crawford simply portrays Daniel’s behavior. Those long takes were emotionally grueling, but satisfying to Crawford.

“It felt like being on stage,” Crawford said.” We were all emotionally exhausted at the end of this film because you are so involved in it. There is no moment to cut. You have to just do it each and every time.”

David and Nikki have five children, four played by Machoian’s real children, and the eldest played by Avery Pizzulo. Crawford said David and Nikki lost sight of their relationship when they focused on their children, yet he can relate to that temptation.

“As a husband with three kids and my daughter, who’s 22 and just had her first child … you do have to try to find ways to navigate the children so that you are keeping the relationship with your spouse engaged,” he said.

After Rectify wrapped in 2016, Crawford took the role of Martin Riggs in Lethal Weapon. Mel Gibson played the wild card Riggs in the film series. Crawford was seeking a change, but his two years on the Fox drama made him crave something more dramatic again.

“Coming from Rectify, I thought maybe I want to go do some hood slides and shoot guns and jump off of buildings,” Crawford said. “I chased the money and the opportunity to be on the side of a bus and billboards. I was quite unfulfilled.”

Crawford said he’d experienced that feeling earlier in his career, after making studio films like Swimfan, A Walk to Remember and The Great Raid.

“I was like, ‘Ugh, is this what I moved away from my mom and my dad for?'” Crawford said. “I left that part of the industry and went and did Steel City and Wristcutters and Perfect Host. Then I was so fortunate to get on the Sundance channel and I got to do Rectify.”

Lethal Weapon fired Crawford after its second season citing an incident on the set during which he’d lashed out at an episode director. Crawford apologized for the incident. He did not wish to name the director in question.

Crawford was concerned about an action scene, having suffered an injury to his arm on a previous job, the Netflix film Spectral. He wanted to be certain that stunt coordinator Tim Trella would keep him safe, and he was concerned about the director’s approach to stunts.

“We just were at odds, and I had a day where I was exhausted and I lost my cool,” Crawford said. “I certainly went to my cast and crew and apologized. I went to anger management, but that was held over my head. It made it a very uncomfortable work environment.”

The Lethal Weapon situation also frustrated Crawford artistically. He says he still is friends with co-stars Jordana Brewster, Hilarie Burton and Chris Coy. Coy also co-stars in The Killing of Two Lovers. However, Crawford’s experience taught him that a mainstream network series was not the place for him.

“I was surrounded by people that didn’t care that much about the artistry of it, and I should have known that going in,” Crawford said. “I thought maybe we could make something that’s more cable for Fox. I should’ve known better, [a show airing] Tuesday night at seven, I was going to get a cookie cutter.”

Lethal Weapon lasted one more season. Season 3 revealed that Riggs died, and Seann William Scott joined the cast as a new partner for Roger Murtaugh (Damon Wayans). While the show filmed its third season, Crawford was free to pursue The Killing of Two Lovers.

“I told my wife I wanted to take all that ill-gotten money and go make something special that made my heart feel good again, inspired me creatively and reminded me why I got into this industry in the first place,” Crawford said.

“I certainly didn’t navigate that situation as well as I could have, but I’m grateful that I was able to go back to what it is that I love, which is just filmmaking with someone and other cast[members] who love it as much as I do.”

After the best year of his creative life, Crawford is on a roll. He and Machoian are developing a TV series for Sweden that would be international if it succeeds. He’s also developing a comedy for Pop and another film with Machoian.

“It took me getting canned to get my butt in gear to get back on the horse, in a sense, but on a different path,” Crawford said. “I’ll be honest with you. If I could make a movie with Robert Machoian once a year and it can support my wife and family, buddy, I might not do anything else.”