The journalist who interviewed the Taken actor appeared on Good Morning Britain to reveal what really went down during the interview which has shocked the world.

Clemence Michallon, US Culture Writer for The Independent, admitted she was “shocked” after Liam Neeson admitted that he once wanted to a kill a “black b*****d”.

The 66-year-old revealed during the interview for his new film Cold Pursuit that he once roamed the streets looking for a black person to kill after the rape of a close friend.

Clemence had only 20 minutes to ask Liam questions and was expecting just “fluff” to be talked about.

She said: “I had 20 minutes [to interview him]. Usually it’s all fluff. This is definitely not fluff.”

She added: “The gravity of what he was saying immediately struck me.

“It was a matter of playing that tape over and over again to myself and going back to his team, trying to get more comments, which they’ve declined that opportunity. But we had more questions.”

Speaking of when the interview was wrapping up, Clemence claims Liam acted in a very “intense” manor.

She explained: “As the interview was wrapping up, he asked me if I was going to use that story, if I would be very careful.

“I said yes, because I’m always very careful, especially when I’m doing my work as a journalist. 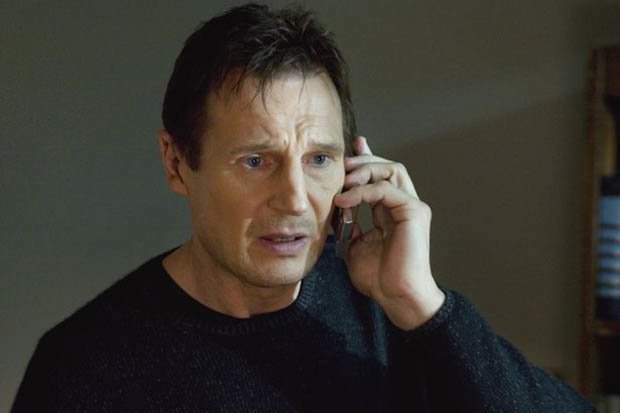 “I will find you and I will kill you”

“Then he sort of switched to his actor voice, and there’s a famous phone scene in Taken, where his character is talking to the people who have kidnapped his daughter, and he said: ‘I have a very specific set of skills and I will find you and I will kill you.’

“It was, in his mind, clearly a joke. Whether or not that was appropriate remains to be determined. But he said, ‘I will find you’. He said that to me in the same voice.”

She added: “I think if you listen to the tape, and I know I did it many, many times, you can tell that this is a story he’s shared in a very intense manner.

“Actually, at the beginning of the interview he had pulled my phone [which I was using to record] closer to him so I would be able to hear him better. So he knew what he was saying and he knew who he was saying it to.

“I think you can hear himself realise what he’s saying as he’s saying it. I think that was that moment where that was sinking in for him, too.”

The journalist admitted it was “definitely” not something she was expecting to hear and that the interview started “very normally”.

She said how 12 minutes into the interview she asked the question that sparked him to tell the story of his intrusive thoughts.

Clemente said: “Everything changed and it became evident that it was no longer a normal press junket.

“That the comments are shocking is an absolute given. No one is disputing that. He expressed some awareness of that.

“He said he’s ashamed, he said it’s awful, awful. That’s why we released the audio, to be as transparent as possible with this story, so people could hear the full context of it.”