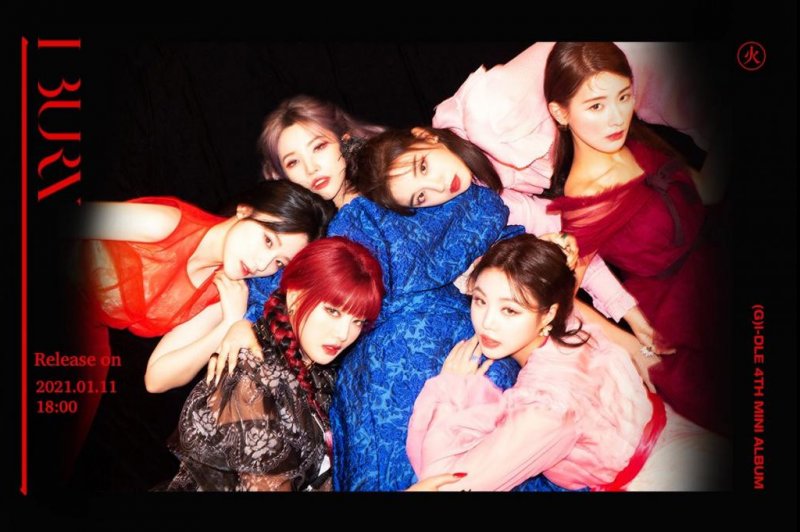 The K-pop stars shared an “audio snippet” video Wednesday for their forthcoming EP, I Burn.

The highlight medley features clips of the title track, “Anger,” and five other songs: “Grudge,” “Moon,” “Where is Love,” “Lost” and “Dahlia.”

(G)I-dle shared a group concept photo for the Fire version of I Burn on Tuesday. The group will release three versions of the EP, the Winter version, the Flower version and the Fire version.

(G)I-dle will release I Burn on Monday. The EP is the group’s first release since the single album Dumdi Dumdi, released in August.

(G)I-dle consists of Miyeon, Minnie, Soojin, Soyeon, Yuqi and Shuhua. The group is known for the singles “Latata,” “Hann (Alone),” “Senorita” and “Oh My God.”