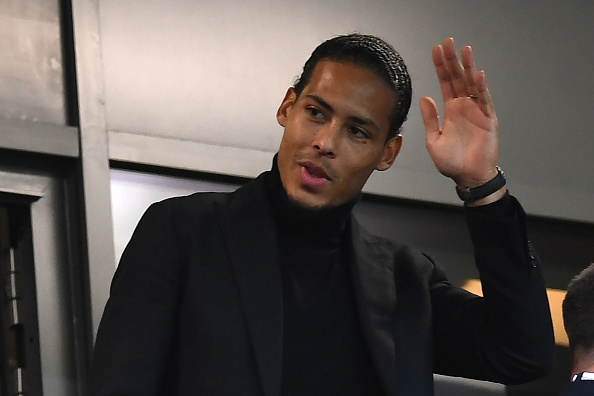 Virgil van Dijk says Liverpool is the “perfect match” for him after his world record move from Southampton was officially completed.

The 26-year-old’s switch from the Saints was agreed last week, but with the January transfer window now open his deal, understood to be worth £75million – the highest fee ever paid for a defender, is now sealed.

The Dutchman told Liverpool’s official website: “With the history at the club and everything around it – even the training ground and stuff – it is just a perfect, perfect match for me, and for my family as well.”

Van Dijk, who has signed what Liverpool have said is a “long-term contract” at Anfield, is not concerned about his price tag weighing heavy.

“It’s only the market. The only thing I can do is just work hard, do the good things and be 100 per cent every day. That’s what I definitely want to do – and I am going to do.

“I am happy to be here and I can’t wait to get started. I think the most important thing is the size of the club, the culture of the club, the players, the manager and obviously the fans, who make the club this special.

“I think this is the right time for me to be here and to develop all sorts of aspects of my game. I am looking forward to doing that, that’s the main thing.”

In order to reach that ambition of improving, Van Dijk believes he is working under the right man in Jurgen Klopp.

The former Groningen and Celtic defender, who will wear the number four shirt at Liverpool, said: “Since he’s come in, I think he has made a lot of progress until now and I think it is only hopefully going to get better and better. Hopefully I can contribute to that as well and keep working hard.

“Everybody obviously from a Liverpool perspective knows how he is; how lively he is, how he can make players better and give them confidence as well.

“It just suits me as well. I think he can make me a better player and I am just looking forward to working with him.”

Van Dijk is unavailable for Liverpool’s New Year’s Day game at Burnley as his registration will not be concluded in time.