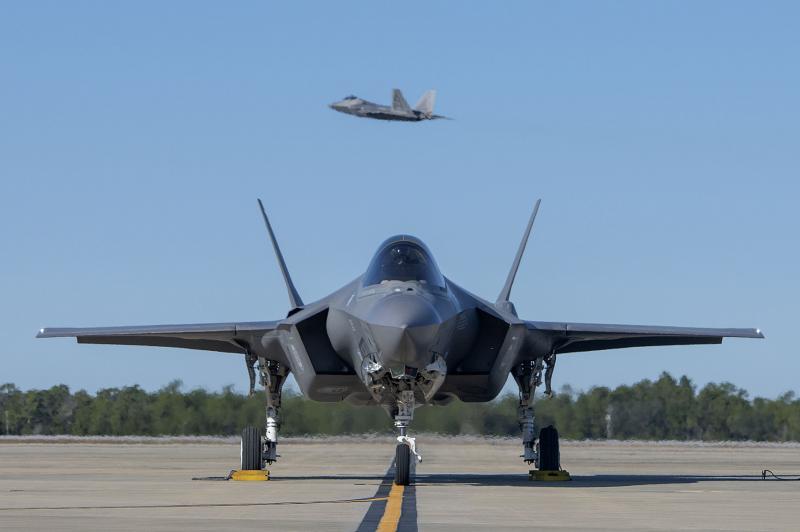 “As the F-35 fleet expands, we are partnering with our customers and taking aggressive actions to enhance F-35 readiness and reduce sustainment costs,” Greg Ulmer, Lockheed Martin vice president and general manager of the F-35 program, said in a news release Wednesday. “The F-35 global supply chain is a key enabler to success, and we’re restructuring and streamlining several contracts with key industry partners to provide the long-term stability that will allow them to make investments, improve efficiencies and optimize their performance.”

A 2017 PBL contract awarded to BAE Systems for the Electronic Warfare subsystem is already delivering a 25 percent improvement in the system’s availability throughout global operations, Lockheed said.

Since 2015, Lockheed Martin said it has reduced its portion of operating costs per aircraft by 15 percent and the touch labor on its production line by about 75 percent.

The Joint Program Office has been working with Lockheed Martin and engine‐maker Pratt & Whitney to reduce the cost of the F‐35A to $ 80 million by 2020 for U.S. Air Force and international partners.

Mat Winter, the head of the program, told Inside Defense earlier this month the unit costs could be as low at $ 75 million in Lot 14.

The Joint Program Office is also working with Lockheed and Pratt to find production‐line efficiencies and reduce the time it takes to build the airframe and engine. Winter said he wants more automation on both companies’ production lines as “the amount of automation that is not present is staggering.”

Lockheed expects to increase production by 40 percent in 2019 with the delivery of 131 aircraft.

About 20 percent of the 386 F-35 fighters have been delivered to international partners and customers through this month. The Marines received the first fighter jet in 2015, the Air Force in 2016 and the Navy this February.

The transition to the F-35 “will result in a smaller total force over time and operational and overall cost efficiencies,” according to a Joint Program Office report. It will replace the A-10 and F-16 for the U.S. Air Force, the F/A-18 for the U.S. Navy, the F/A-18 and AV-8B Harrier for the U.S. Marine Corps.