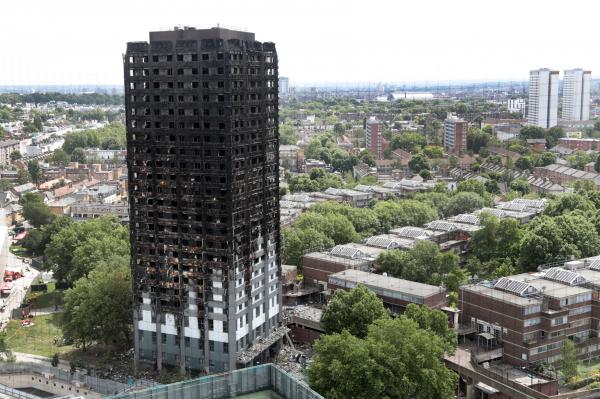 June 18 (UPI) — London Mayor Sadiq Khan on Sunday said the Grenfell Tower fire in which dozens died was a “preventable accident that didn’t need to happen” caused by the “consequence of mistakes and neglect” from officials.

The blaze occurred early Wednesday and later engulfed all floors above the second in the 24-story building that contained about 120 apartments in north Kensington. Up to 70 people are believed to have died, BBC News reported.

The national and local government, including the local council called the Royal Borough of Kensington and Chelsea, have been sharply criticized for the response to the fire and for the alleged neglect that led to the massive fire.

During a speech after attending a service for victims, Khan said the community affected by the fire is resilient but also frustrated and angry.

Following the fire, the building’s safety precautions have been called into question, with some saying cladding — building material usually attached directly to the frame of a building to act as an outer wall to provide insulation and protection from the elements — caused the fire to spread.

“Remember those who’ve lost their lives in a preventable accident that didn’t need to happen and the tragedy we’re seeing is because of the consequence of mistakes and neglect from politicians, from the council and from the government,” Khan added.

Metropolitan Police Cmdr. Stuart Cundy on Sunday said the number of people missing and presumed dead has risen from 58 as there are people who possibly lived in the building whose disappearance has not yet been reported.

“I must consider the fact that there may be others in the building who, for whatever reason have not been reported to us. There is also a real possibility that there may be people in the building that no one knows are missing,” Cundy said in a statement. “I want to hear from anyone who believes that they know someone who may have been living, staying or visiting but has not yet been reported missing to us. We are not interested in your reasons for not telling us sooner, we just want to understand as best as we can who may still be inside the building.”

Cundy said an investigation will “seek to find out if any crimes have been committed and if so make sure that we do all we can to bring any person responsible to justice.”