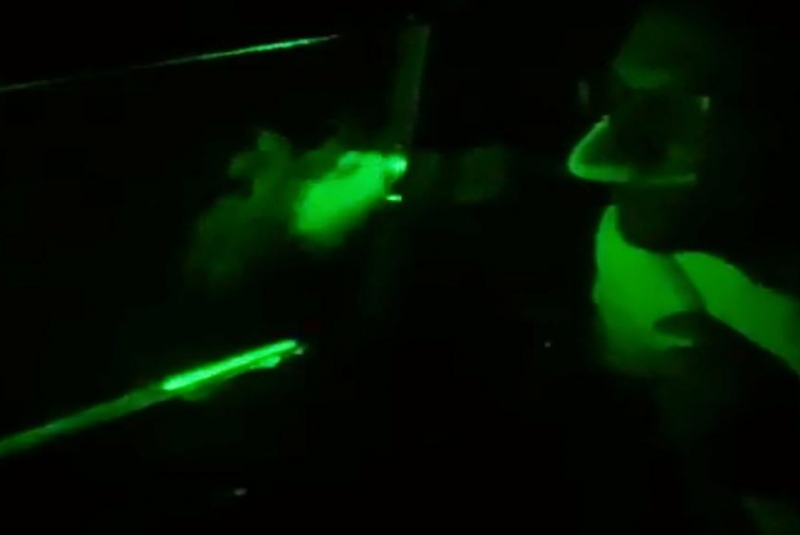 Oct. 27 (UPI) — New research — published Tuesday in the journal Physics of Fluids — suggests bigger, short-lived aerosol droplets pose a much greater risk of spreading COVID-19 than aerosol microdroplets, which are tiny particles that linger longest in the air.

To better understand the behavior and virus-carrying potential of different types of aerosol droplets, researchers had volunteers breathe, speak and cough into a laser beam, which recorded the size and distribution of the array of aerosolized particles.

The jet released aerosol droplets composed of 1 percent glycerol and 99 percent ethanol into a chamber. A sheet of laser light running across the middle of the chamber allowed researchers to track the movements of different sized droplets as they moved through the chamber.

“What we used are simple models for the evaporation and sedimentation, or falling down, of the droplets,” lead study author Daniel Bonn told UPI in an email.

“Together with the measured drop size distribution, this allows us to model the concentration of aerosols in a given room as a function of the time since for instance a patient coughed,” said Bonn, a physicist and the director of the University of Amsterdam’s Van der Waals-Zeeman Institute.

“The large drops that are the reason for social distancing are roughly a hundred times larger in diameter than the aerosols, and so contain a million times more virus,” Bonn said.

The models developed by Bonn and his colleagues showed the smallest, longest-lingering particles are relatively inefficient carriers of COVID-19.

According to Bonn and his colleagues, microdroplet transmission is most likely happening in poorly ventilated spaces where groups of people are spending long periods of time in close proximity.

“Avoid small ill-ventilated spaces with too many people in it, take care of good building ventilation, open doors and windows and so on,” Bonn said. “Identify and possibly isolate super-shedders.”

Scientists continue to gain new insights into the behavior to virus-carrying aerosols, including the effects of air flow and humidity on droplet movements, but a comprehensive understanding of the role different droplets play in COVID-19 transmission remains elusive.

“What is needed is a detailed understanding of the reproduction number R, that virologists, aerosol scientists and all other agree with,” Bonn said. “This will help fighting the pandemic, and that is what we need. We have provided a potentially important step towards this goal here, but much experimental, modeling and virology work remains.”