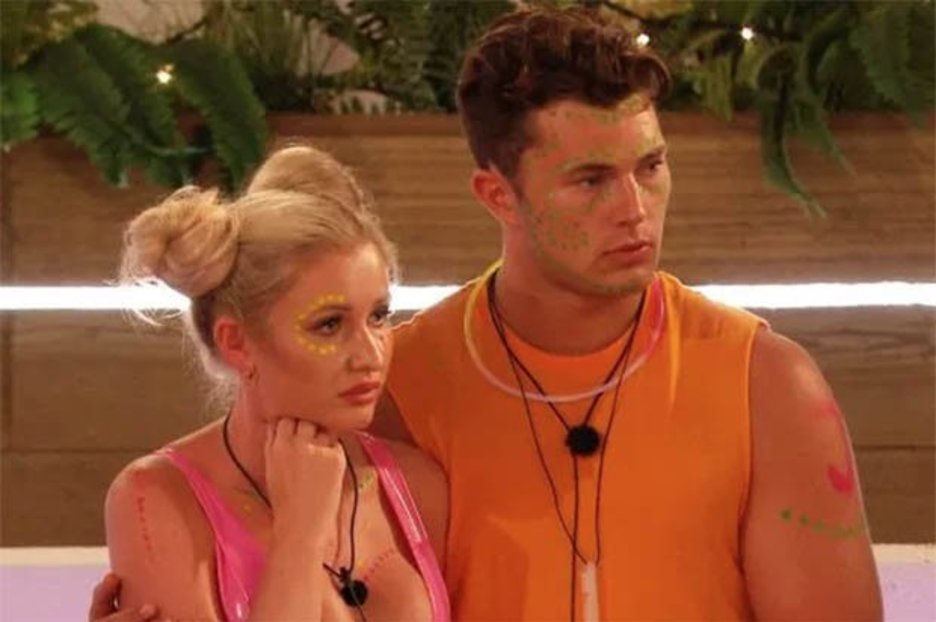 The Love Island bombshell may have left the villa, but it wasn’t before throwing shade at her ex-half-boyfriend one last time.

After being left heartbroken by Curtis Pritchard who appears to be moving on with Maura Higgins, Amy Hart walked from the villa.

Following the drama at Casa Amor, Amy was left single when Curtis admitted he didn’t want to pursue their relationship.

With Maura explaining Curtis was everything in a man she was looking for, Amy claimed Curtis wasn’t a “manly man” as she snubbed the potential new romance.

“A really manly man… that’s not him!”

Speaking with her pals, Molly-Mae Hague admitted she never expected Maura to fancy Curtis, and Amy was quick to snap back.

She chirped: “Everything she’s listed to us about what she sees in a guy… Someone older that’s ready to settle down, someone who can take control, a really manly man… that’s not him!”

Amy added: “I just think it’s like, ‘okay, who’s left in here, who can I fancy? Oh I’ve fancied him since day one!’ I honestly don’t believe it.”

The air hostess’ anger comes shortly after Maura admitted she was crushing on Curtis, before talking to Amy about it.

Watching Maura flirt with her former hunk left her fuming, and she wasn’t shy about telling the ring girl.

Shortly after the fall-out, Amy walked from the villa, which is set to be aired in tonight’s show.

A source close to the beauty told The Sun: “It was Amy’s decision to walk from the villa as she felt she had gotten as much as she could from the experience.

“She fell in love, had her heart broken and couldn’t stand the thought of seeing Curtis crack on with other girls while under the same roof as her.”

Amy had already been given therapy and support from the producers, but ultimately made the decision to leave.