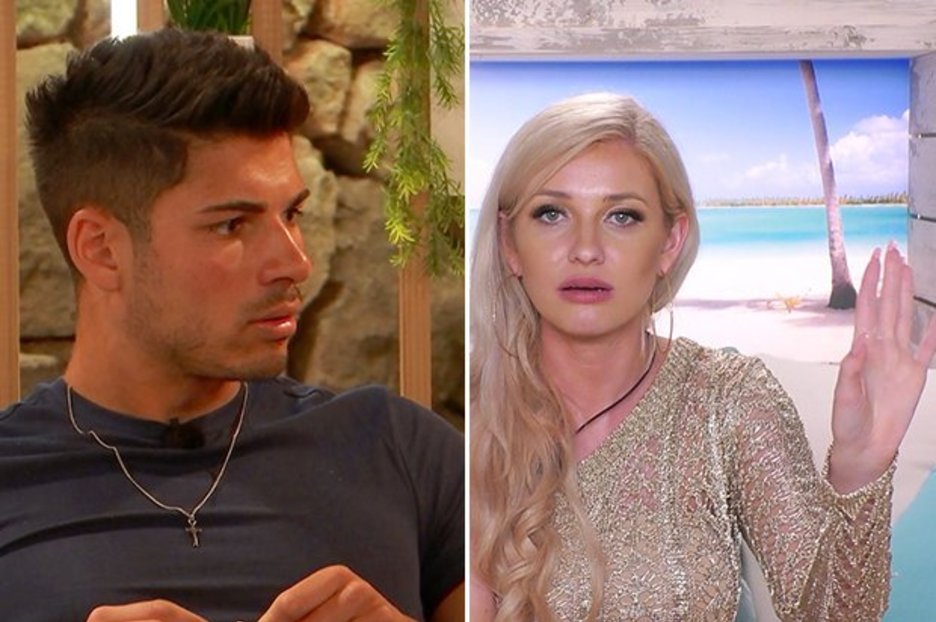 The Scottish hunk confessed his real feelings towards the air stewardess in a game of Snog, Marry or Avoid.

Speaking in a Beach Hut Hook Up video, posted on the Love Island Instagram page, Anton answer questions from viewers.

Shockingly, he admitted that he and Amy don’t get on all that well.

During the game, one of the requests was for him to name which of the girls he gets along with and who he doesn’t like that much.

Explaining his decision, he said: “I would snog Molly because to be honest, I think she’s the fittest girl in here.

“I would marry Anna purely because I think that she’s the one I get on in here the best and we’ve got so much in common.”

He added: “I would avoid Amy just purely because I don’t think we really click.”

The announcement will no doubt come as a surprise to viewers at home, as it appears that all the contestants have built up relatively solid friendships along with some romances too.

Amy has managed to find romance with Curtis Pritchard and the two have become the show’s power couple.

Meanwhile, notoriously unlucky in love Anton is yet to find a match.

The former naked butler saw his partner Elma Pazar turfed out of the villa in a shock double eviction alongside Joe Garratt last week and his since struggled to spark up a romance with any of the other sexy singles.