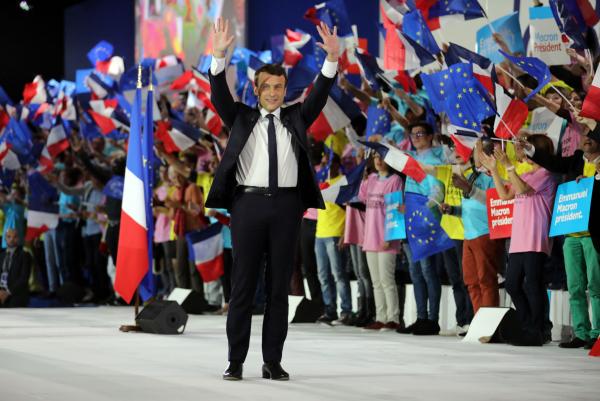 Macron’s centrist party, La République en Marche (the Republic on the Move), won 350 seats out of a total 577 on a platform to reduce worker protections and labor restrictions.

The election results indicate Macron’s party will be a formidable force in French politics, especially as the more traditional conservative and socialist parties lost several seats and will find it difficult to form a competing block against La République en Marche.

The Socialist Party had a majority of the seats in the last election but were reduced to only 45 this time around.

The conservative Republicans came in second to Macron’s party, but with only 135 seats, will likely not be able to mount any significant challenges to the front-runners.

The record-low turnout was a paltry 42 percent, which some say is due to a lack of enthusiasm for the ideas being put forward and the politicians presenting them.

“The level of abstention in the second round is a sign that a large part of the working-class electorate are not going to vote anymore,” Luc Rouban, a professor at the Center for the Study of French Political Life at Sciences Po, told the New York Times. Adding that there is “an invisible fracture” between French’s lower and upper class.

Despite the low turnout and sharp decrease for the mainstream Socialist and Republican parties, the far left Communist and La France Insoumise (France Unbowed) parties picked up enough seats to form a parliamentary group, which means they will receive public funding and be able to more effectively organize, thereby increasing their influence in government and public debate.

This year’s parliamentary election was also significant for gender equality: More than 200 women were elected Sunday, the most ever in French history.