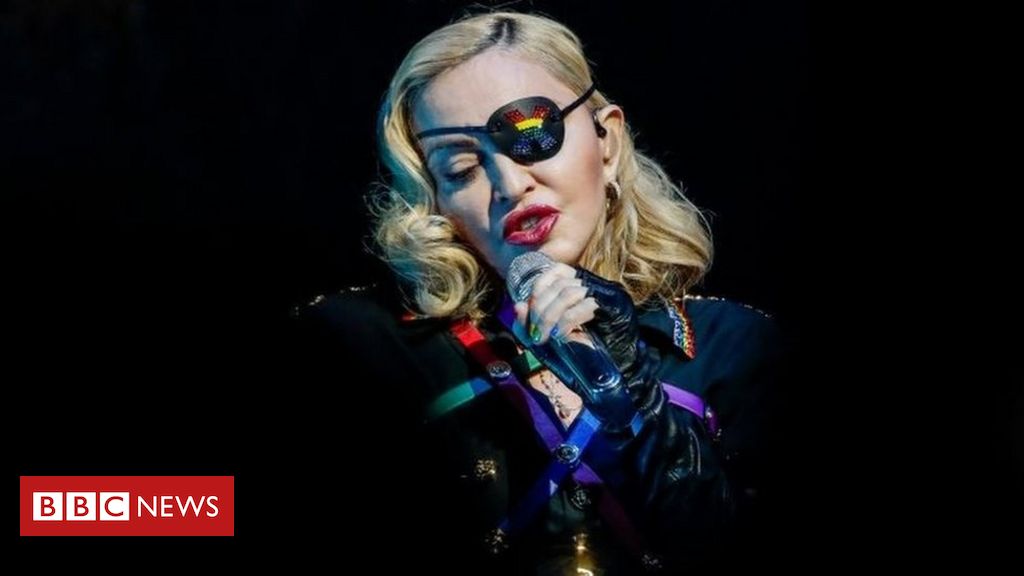 Pop star Madonna has been censured by Instagram after sharing a video about a coronavirus conspiracy theory to her 15 million followers.

In her post, the singer claimed a vaccine for Covid-19 had already been found, but was being hidden to “let the rich get richer”.

Instagram blurred out the video with a caption saying: “False Information”.

It also directed users to a page debunking the claims in the video, noting there is no coronavirus vaccine.

Among them was pop star Annie Lennox, who commented: “This is utter madness!!! I can’t believe that you are endorsing this dangerous quackery.

“Hopefully your site has been hacked and you’re just about to explain it,” she added.

The video in question showed a group called America’s Frontline Doctors speaking outside the US Supreme Court building at an event organised by Tea Party Patriots Action.

In the clip, Dr Stella Immanuel, a doctor from Houston, said she had successfully treated 350 coronavirus patients “and counting” with hydroxychloroquine.

Facebook and Twitter had previously removed the video, flagging it as misinformation; while Donald Trump Jr. was banned from tweeting for 12 hours as a penalty for sharing the clip.

According to Instagram, flagging a post as false makes it harder for users to discover “by filtering it from Explore and Hashtags, and reducing its visibility in Feed and Stories.”

This is not the first time Madonna has made controversial claims about coronavirus. In March, she posted a video from her bath, describing the virus as “the great equaliser”.

Two months later, she revealed she had tested positive for antibodies, supposedly granting her immunity from the disease.

“So tomorrow I’m just going to go on a long drive in a car, roll down the windows and I’m going to breathe in the Covid-19 air,” she told her fans.