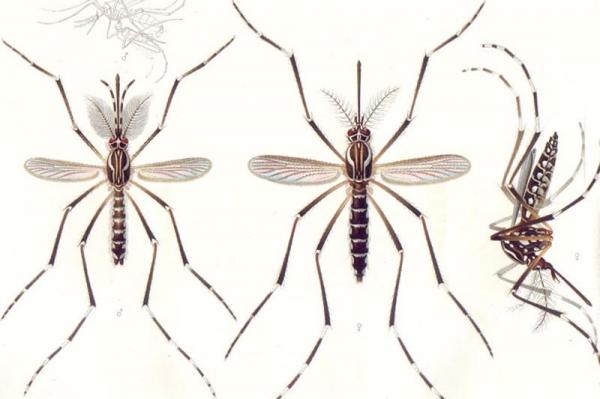 Sept. 25 (UPI) — Play it loud. Male mosquitoes use a built in amplifier to hear the wingbeat of approaching females, according to new research.

“Hearing is a crucial sense for mosquitoes as acoustic communication plays a key role in their mating behavior,” Joerg Albert, researcher at the University College London, said in a news release. “Understanding how mosquitoes communicate in swarms to find mates is important in the development of vector control strategies.”

During previous observations, scientists noticed the antennae of male mosquitoes appeared to vibrate at the same frequency as the wingbeats of females.

To find out why, scientists studied the behavior of three disease-carrying mosquito species in the lab, all three of which mate in swarms. Tests showed the males amplify the sound using their own wingbeat.

The wingbeats of the male and female combine to form a louder distortion tone, or ‘auditory illusion,’ which is picked up by the male’s antenna and translated. Having deciphered the combined vibration, antennae adopt the frequency of the female’s beating wings, further amplifying the distortion tone.

“Essentially, what the male mosquito hears isn’t actually the female wingbeat itself; rather, it hears this phantom tone that it has created to amplify the sound,” said UCL researcher Matthew Su.

The male’s flagella, antenna protrusions, are constantly churning out spontaneous vibrations. When scientists severed the neural connection between a male’s antenna and brain, the flagella continued to vibrate.

“The vibrations were constantly active, suggesting that signals from the brain suppress the vibrations until a female approaches,” said researcher Marta Andrés.

Mosquitoes inside the largest swarms exhibited the strongest amplification. The built-in amplifier is capable of amplification several factors greater than those observed in other animals.

Earlier this week, scientists for the first time showed gene drive technology could be used to decimate a mosquito population within eight generations. In the future, scientists could use acoustic traps to draw disease-carrying mosquitoes to genetically modified females.