History signals March will be a positive month for the stock market.

Hickey builds his bullish case from a chart showing how the S&P 500 typically performs during March. 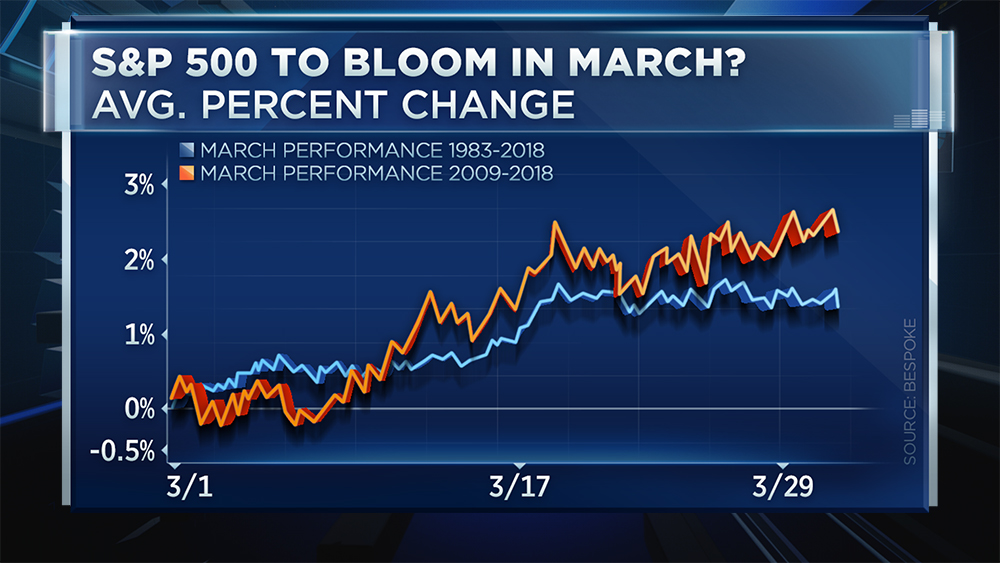 “When you see a 10 percent gain or more in the S&P 500 in the first two months of the year … March was positive five out of six of those times,” said Hickey, who notes the March-to-April period is seasonally the strongest period of the year.

However, that doesn’t mean stocks aren’t vulnerable to some near-term trouble.

Hickey is detecting overbought conditions in the market. But with negative analyst sentiment as a contrary indicator, an expected U.S.-China trade deal and a more dovish Federal Reserve, he says any market turbulence would be short-lived.

“When the Fed was pretty hawkish in October through early December it was, you know, very nasty to the market. And then when the Fed started to turn, so did the market,” Hickey said. “As long as the Fed and the market perceives the Fed as being on hold, I think the market can continue to go.”