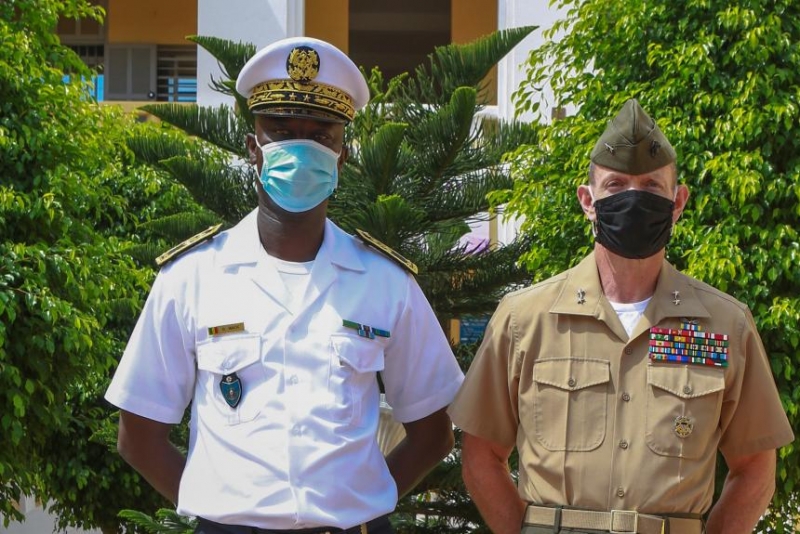 Oct. 20 (UPI) — The top commander of the U.S. Marine Corps in Europe and Africa, under investigation for his use of a racial slur, has been fired.

Maj. Gen. Stephen Neary was relieved of his command on Monday, after a little over three months in the post.

An investigation was opened into Neary’s behavior at a physical training exercise in August at the Marines’ Stuttgart-area headquarters in Germany, Stars and Stripes reported.

Loud rap music was playing, including lyrics with racial epithets. Neary, who is White, asked junior troops how they would feel if he said the N-word, according to a Marine who was there, speaking to Stripes on the condition of anonymity.

NBC, quoting unnamed military officials, also reported the probe was centered on allegations that Neary used the slur in front of troops at the event.

Commandant Gen. David Berger announced Neary’s firing Tuesday in a statement, saying, “Neary was relieved due to a loss of trust and confidence in his ability to serve in command.”

The statement did not include details about why Neary was fired and didn’t mention the probe.

He joined the Corps in 1988 and was a career infantry officer in Operation Desert Shield Desert Storm as a company commander and as a battalion commander during Operation Iraqi Freedom, Marine Corps Times reported, according to his official unit biography, which has since been removed.

Marine Col. Jame Iulo will be acting commander of the forces, according to a press release.