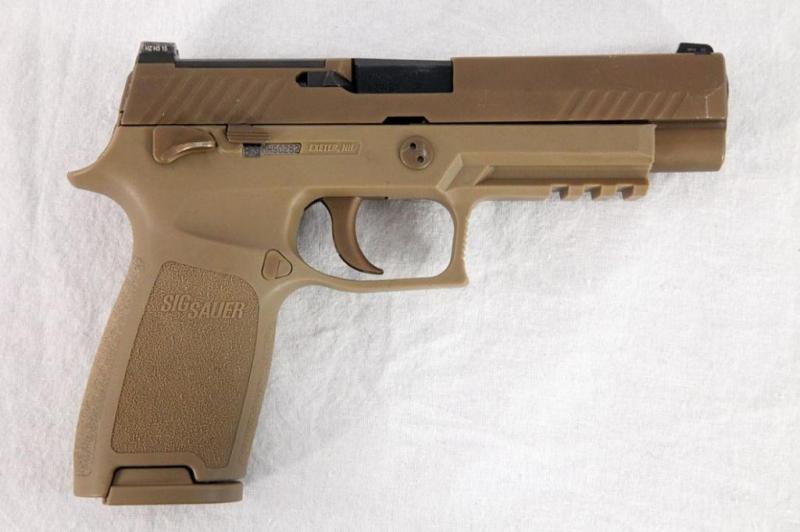 June 19 (UPI) — The U.S. Marine Corps will adopt a new standard-issue pistol for the first time in 30 years, replacing the Beretta M9 with Sig Sauer‘s M18 starting in 2020.

The M18 handgun, based on the Sig Sauer Model P320, will begin arriving at Marine Corps’ artillery arsenals in the third quarter of 2020, with a complete overhaul of weaponry expected by late 2023.

The M18 is a more compact version of the M17 service pistol, and replaces the Beretta M9, adopted by the Marine Corps in 1985 as its official duty pistol, as well as the Glock 9mm M007 and M45A1 pistols.

The weapon was developed through the Army’s Modular Handgun Systems program. Currently, the M17 and M18 are in service with the U.S. Army, Navy, Air Force, and Coast Guard. The U.S. Air Force began issuing the handgun in March.

“The Marine Corps announcement to put the M18 in service with the Marines is a very exciting development,” Ron Cohen, CEO of Sig Sauer Inc., said in a statement. “The Marines’ procurement of the M18 brings the adoption of our Modular Handgun System full circle, as this means, beginning in 2020, either the M17 or the M18 will be officially in service with every branch of the U.S. military.”

The M18 is a 9mm, striker-fired pistol featuring a coyote-tan physical vapor deposition, or PVD, coated stainless steel slide with black controls. The pistol is equipped with front night sights and removable night sight rear plate, as well as a manual safety, according to Sig Sauer.