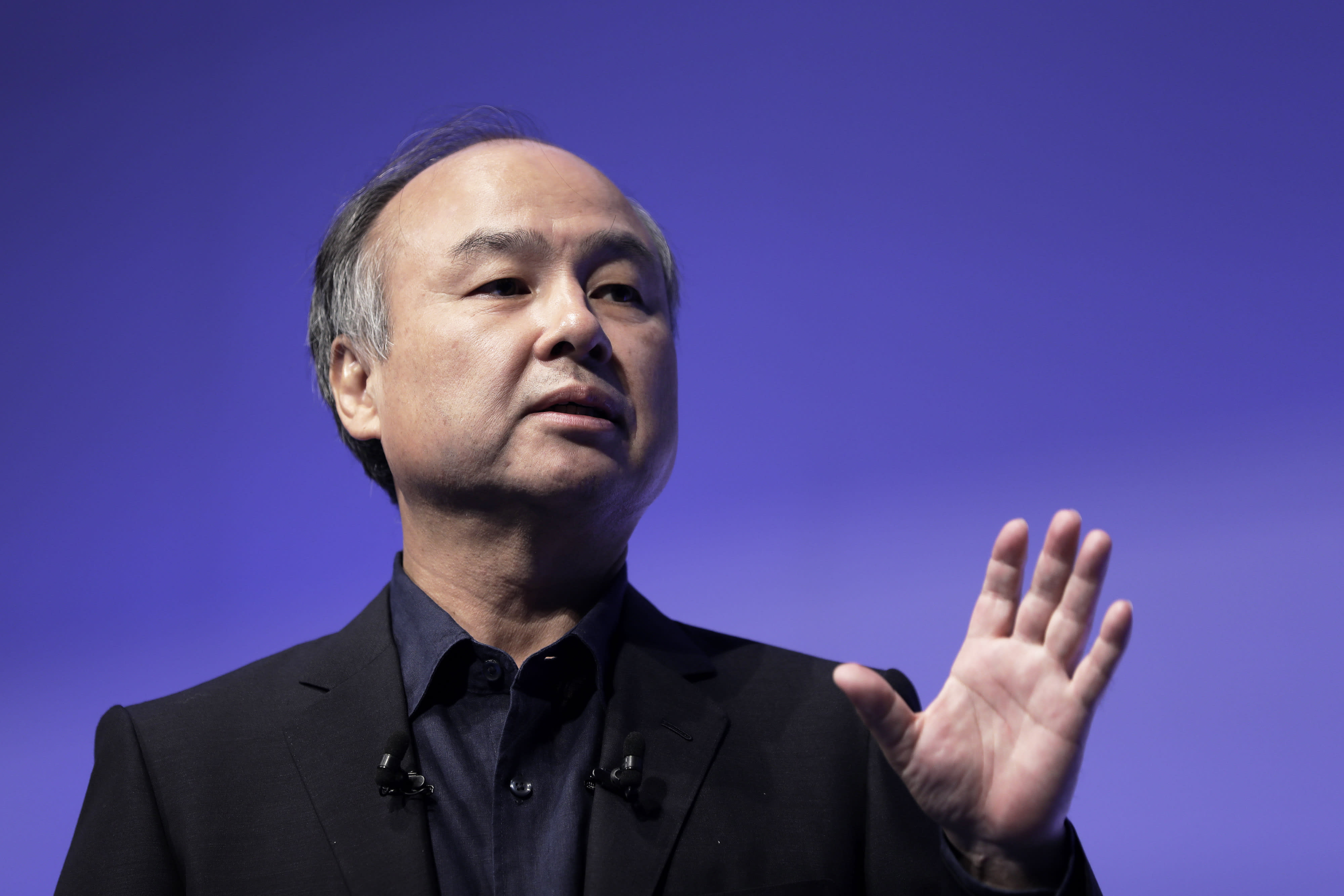 SoftBank is learning the biggest obstacle to success for its $ 100 billion Vision Fund are the public markets. That’s where founder and CEO Masayoshi Son’s long-term ambitions are colliding head-on with the near-term expectations of Wall Street.

The theme of Son’s Vision Fund, which has already deployed more than $ 70 billion in dozens of companies (primarily privately held technology companies) is to bet big and move quickly. In one of the fund’s first press releases, SoftBank explained the purpose was to expedite building businesses that will make the next stage of the Industrial Revolution possible, requiring “unprecedented large scale long-term investment.”

Founders consistently gush over Son’s emphasis to move faster with expansion efforts and become No. 1 in their core area of business, no matter the associated costs. Son encourages his investments to push for as much market share as possible, using scale as their moat to competitive threats.

But long-term investment in growing technology companies is easier when those companies don’t have quarterly projections to hit and pressure from public investors to show consistent earnings growth. This week’s news that public investors are valuing WeWork at less than $ 25 billion after SoftBank’s latest investment in January marked the company at a $ 47 billion valuation should give Son pause. Maybe going public doesn’t always line up with the goals of the Vision Fund.

Of course, the Vision Fund isn’t a Kumbaya charity program. It’s a late-stage venture capital/private equity fund, with investments from SoftBank, sovereign wealth funds from Saudi Arabia and The United Arab Emirates, and other technology companies including Apple, Qualcomm, Foxconn and Sharp. Everyone in the fund is there to make money, and in order to make money, investments need to be liquid. Going public is still the best way to make this happen.

SoftBank may still be proven right.

Some of today’s tech giants, like Amazon and Netflix, have historically gotten long leashes from public investors, who watched them lose money for years while proving out their business models. maybe this is just a moment in time, and Uber, Slack and WeWork will all be phenomenal success stories in the years to come. It’s also true that Uber, Slack and WeWork are a small sample of all the companies SoftBank has invested in, and are only in the infancy of their public valuations (or, in the case of WeWork, pre-infancy).

Even so, there’s an inherent clash of objectives between investing in technology infrastructure that will change the world and delivering more instant gratification to shareholders. It’s part of the reason why Tesla CEO Elon Musk mused about going private, even though the public markets had actually supported Tesla’s stock fairly well during last year’s tweet scandal. Twitter has been a life-altering invention, but until very recently, its stock had languished for years.

This tension is amplified when the companies in question need billions in capital to achieve the competitive moat Son wants. Simply put, companies get a lot more rope when they’re not public..

It will be interesting to see if Son puts future large Vision Fund stakes (including Vision Fund 2) in companies that aren’t as close to going public as Uber, Slack and WeWork. If the fund decides to move slightly earlier stage, it may not have as much clarity on picking the dominant winners it’s searching for — but it might have more of a valuation cushion. SoftBank may also be able to satisfy some investors by selling shares in secondary private markets, as it did when it accumulated its stake in Uber, rather than risk a lower public valuation.

It’s also possible SoftBank will start pushing harder on its investments to stay private until they’re almost sure to hit certain valuation targets. Perhaps Son will not push quite as hard on growth-at-all-costs if that growth demands capital that only SoftBank is willing to provide.

Investing in dominant technology companies has clearly been among the best investment strategies of the past two decades. But most of those dominant technology companies haven’t been capital-intensive companies with complicated financial obligations, such as WeWork and Uber. Perhaps Son’s change will be a movement away from infrastructure backbones — the types of companies that may do the most to change the world — and more toward products that ride on that infrastructure.

That would be a change in the vision and probably worse for societal progress. But it may be better for investors’ pocketbooks, including the most important investor — Masayoshi Son.

NOW WATCH: SoftBank may never have Uber seat on board