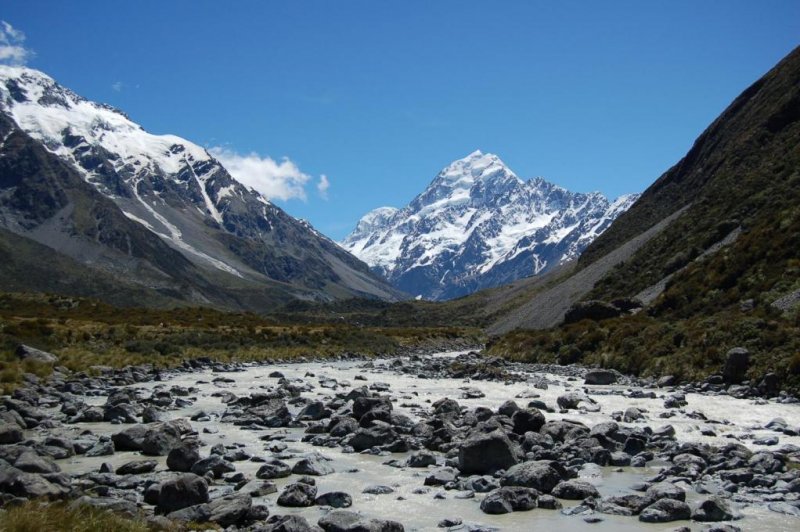 March 15 (UPI) — While some of the consequences of climate change have a balancing effect, working to slow warming patterns, many more seem to fuel feedback loops that accelerate warming.

Now, an international team of scientists led by researchers at the University of Leeds has found another. According to their analysis, the loss of alpine glaciers has made mountain rivers friendlier to fungi, accelerating plant decomposition and carbon emissions.

With alpine glaciers the smallest they’ve been in thousands of years, mountain rivers are getting warmer. They’ve also become less prone to water flow variability and sediment movement, allowing fungi to flourish.

When fungi digest grass, leaves and bits of wood, they produce CO2, much of which bubbles out of the river and into the atmosphere.

“We found increases in the rate of organic matter decomposition in mountain rivers, which can then be expected to lead to more carbon release to the atmosphere,” lead author Sarah Fell said in a press release.

“This is an unexpected form of climate feedback, whereby warming drives glacier loss, which in turn rapidly recycles carbon in rivers before it is returned to the atmosphere,” said Fell, an expert in alpine river ecosystems and a doctoral researcher at Leeds.

Many studies have documented the accelerated retreat of mountain glaciers across the globe, but less is understood about the effects of declining glacial coverage on freshwater carbon cycles.

For the study, researchers developed a cotton canvas designed to mimic the organic matter, leaves and grass, that collect in rivers.

Scientists left the fabric strips in dozens of rivers for a month. Once collected, researchers measured how easily the strips could be ripped.

Analysis showed the strips from rivers receiving the least glacial meltwater featured the highest levels of fungal colonization, and were the easiest to rip.

“Our finding of similar patterns of cellulose breakdown at sites all around the world is really exciting because it suggests that there might be a universal rule for how these river ecosystems will develop as mountains continue to lose ice,” said study co-author Lee Brown.

“If so, we will be in much improved position to make forecasts about how river ecosystems will change in future,” said Brown, a professor of aquatic science at Leeds.

Instead of measuring the diversity and abundance of different fungal species on each strip, researchers measure the activity of the specific gene responsible for the synthesis of the cellulose-degrading enzyme called Cellobiohydrolase I, or CBH1.

With fungal activity on the rise in alpine rivers, scientists suspect less organic matter will make its way downstream to forests, which rely on a steady supply of leaf litter.

Diminished flow variability may also encourage the growth of stream side trees, grasses and shrubs — vegetation that might have been more easily washed away centuries ago.