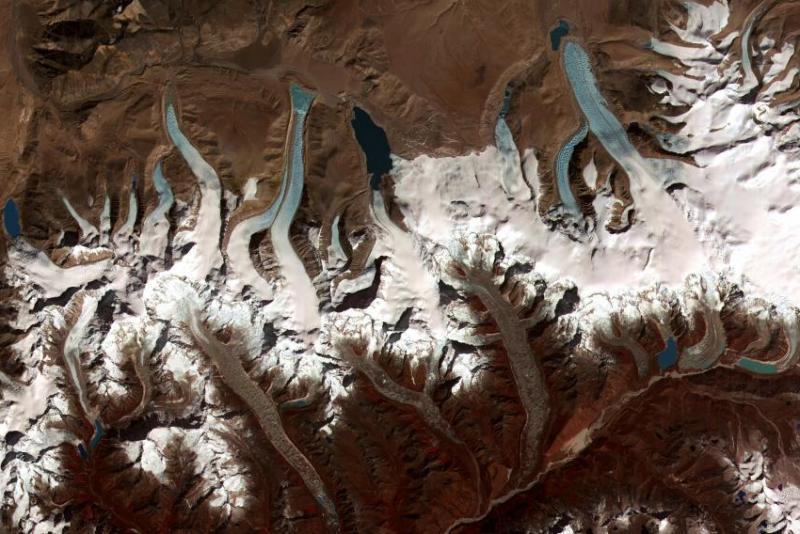 Dec. 31 (UPI) — Simulations designed and run by researchers at the University of Potsdam suggest thousands of lakes in the Himalayas are at risk of generating dangerous outburst floods as rising global temperatures continue to melt the region’s snow and ice.

Glacial lakes form as melt water pools in mountain crevices. These natural lakes have proliferated throughout the Himalayas over the last two decades as global temperatures have continued to rise. Many of these lakes are naturally dammed by moraines, barriers compiled of sediment and rock held together by ice.

To estimate the number of glacial lakes that are dammed by unstable moraines, researchers ran 5.4 billion computer simulations using data from topographical maps and satellite surveys.

Their models found 5,000 lakes feature unstable moraines and are at risk of glacial lake outburst floods, or GLOFs. Researchers published the results of their simulations this week in the journal PNAS.

According to the models, the lakes most at risk are those with the greatest water volume and a history of flooding.

Previous studies suggest roughly two-thirds of the region’s glaciers could disappear in the next decade. As the Himalayas continue to melt, the region won’t just sprout new glacial lakes, existing lakes will also grow in size.

“The GLOF hazard may increase in these regions that currently have large glaciers, but few lakes, if future projected ice loss generates more unstable moraine-dammed lakes than we recognize today,” researchers wrote in their paper.

The Potsdam research team determined the increase in GLOF hazard risk will be most pronounced in the Eastern Himalayas.

Though most glacial lakes exist in sparsely populated places, communities living downstream can be impacted by these floods. Previous GLOFs have destroyed agricultural lands and damaged infrastructure.