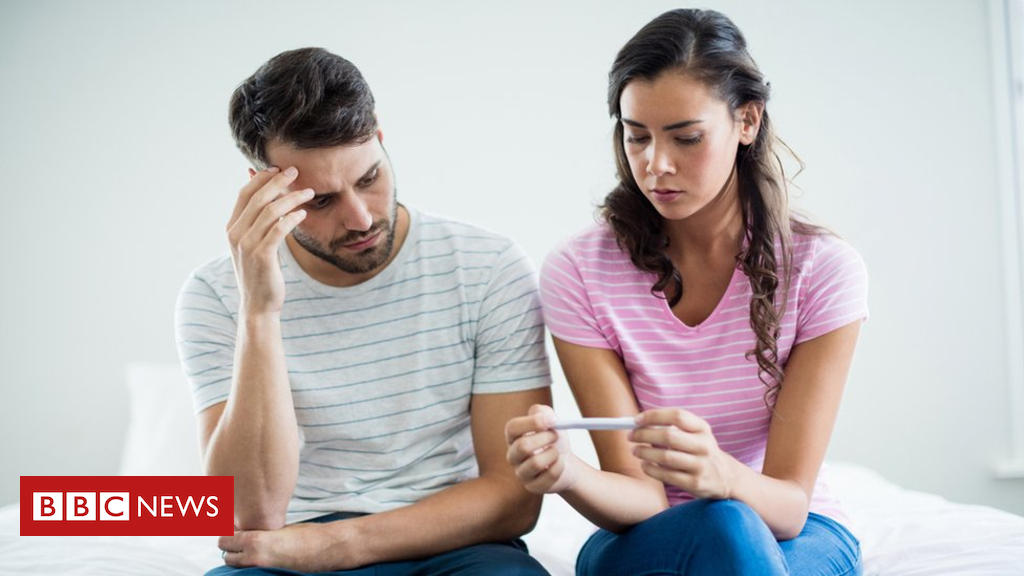 Men with low sperm counts are more likely to have a number of health issues that put them at increased risk of illness, new research suggests.

A study of 5,177 men found those with low sperm counts were 20% more likely to have more body fat, higher blood pressure and more “bad” cholesterol.

They were also much more likely to have low testosterone levels.

The study’s authors said it showed that men with low sperm counts should also be tested for other health problems.

Low sperm count and problems with sperm quality are factors in around one in three couples who are struggling to get pregnant.

But for this new study scientists analysed men in infertile couples in Italy, to see whether semen quality is also a marker for men’s general health.

They found more of the men with low sperm counts had metabolic syndrome – a cluster of risk factors including a higher body mass index (BMI) and raised blood pressure. These increase the risk of developing diabetes, heart disease and stroke.

The men were also 12 times more likely to have low testosterone levels, which reduce muscle mass and bone density and can be a precursor to osteoporosis, a condition that weakens the bones and makes them more likely to break.

Dr Alberto Ferlin, who led the study, said: “Infertile men are likely to have important co-existing health problems or risk factors that can impair quality of life and shorten their lives.

However, the study’s authors stressed that their research did not prove that low sperm counts cause metabolic problems, but rather that the two are linked.

They said low testosterone levels in particular were associated with these health issues.

Dr Ferlin said the research showed that it was important that men being treated for infertility were given proper health checks.

“Men of couples having difficulties achieving pregnancy should be correctly diagnosed, and followed up by their fertility specialists and primary care doctor because they could have an increased chance of morbidity and mortality,” he said.

‘Canary in coal mine’

Kevin McEleny, a consultant urologist at Newcastle Fertility Centre, said at the moment men with sperm problems are rarely investigated for other health problems.

“This is a message to fertility clinics, particularly, to think about these other health issues in the patients they see.

“It might be the case that it’s not just about fertility, about sperm in the men, but taking a slightly wider view of male health when they see these people and think about what else needs to be done to get the patients as healthy as possible.”

Allan Pacey, professor of andrology at the University of Sheffield, said more research is needed to properly understand the relationship between fertility problems in men and other health issues.

“There is currently no suggestion that male sub-fertility causes health problems later in life and in my opinion, it is more likely that they both have a common cause.

“However, this highlights why we need to design better studies to investigate male sub-fertility as it could be an important ‘canary in the coal mine’ for other aspects of male health.”

The study will be presented at ENDO 2018, the Endocrine Society’s 100th annual meeting in Chicago.