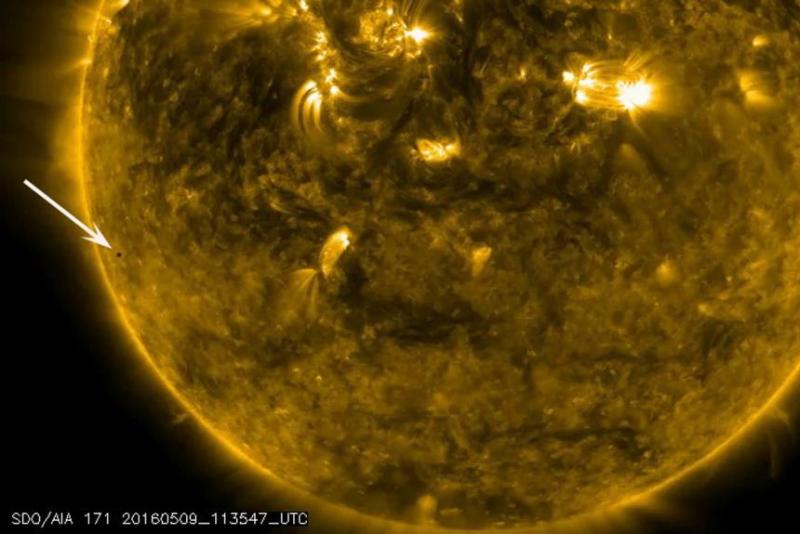 Nov. 10 (UPI) — For only the third time in 100 years, the planet Mercury will pass across the middle of the sun on Monday morning.

A Mercury transit — 36 millions from the sun — won’t been seen from North American for another 30 years and anywhere until 2032, according to NASA.

Eastern U.S. viewers will be able to view the entire event. For the central and western U.S., the transit begins before sunrise, but some of the transit can be viewed after sunrise.

Australia and most of Asia and Alaska are the few places where the transit won’t be seen, according to NASA’s Jet Propulsion Laboratory.

Because you aren’t supposed to look directly at the sun, like watching the eclipse, solar filters are advised. Better yet, use a telescope with a certified solar fitter because otherwise it will be just a tiny dot on the sun.

Museum and planetarium viewing parties have listed their events on the Jet Propulsion Laboratory website.

In addition, the Solar Dynamics Observatory’s website will be showing “near real-time” images of the transit.

The sun, at 864,400 miles wide, dwarfs Mercury — the smallest planet in our solar system with a diameter of 3,032 miles and approximately 38 percent the size of Earth.

The two planets are 79 million miles from each other.

The sun 864,400 milesThe first observed transit of Mercury was on Nov. 7, 1631 by Pierre Gassendi. It showed that Johannes Kepler’s equations of planetary motion could be used to accurately predict positions of planets.