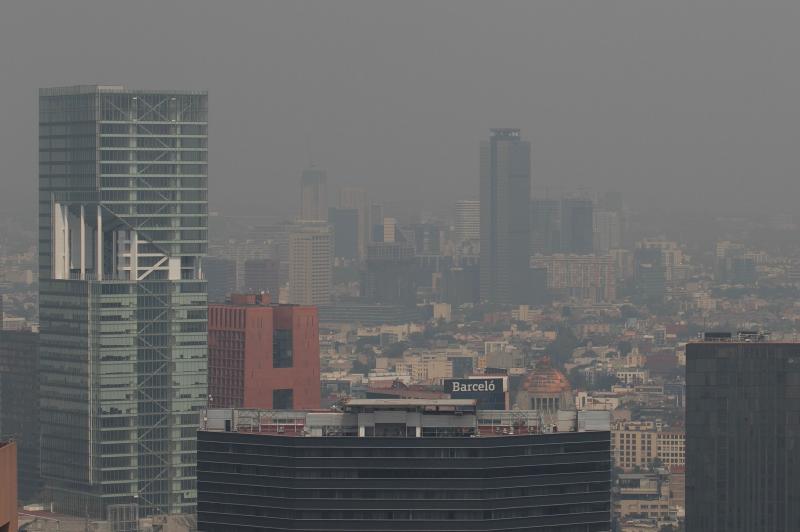 The Environmental Commission of the Megalopolis urged residents to avoid outdoor activities, and infants, the elderly and those with respiratory illnesses to stay indoors entirely.

Firefighters are attempting to contain the wildfires, but to help reduce pollution in the city, officials asked residents to reduce emissions from vehicle use and notify authorities of any activities that could ignite more fires.

Smoke from fires in Oaxaca and Guerrero is covering parts of Mexico from the east to the west coasts. Smoke in the southern Gulf of Mexico could prove troublesome for the United States, the National Weather Service warned.

“Heads up Central U.S.: When the front draped across the northern Gulf of Mexico (the one keeping everyone cool) lifts north this week in response to a western U.S. trough, don’t be surprised if it turns smokey,” NWS meteorologist Patrick Marsh tweeted Sunday. “That’s a lot of smoke in the Bay of Campeche poised to advect north.”