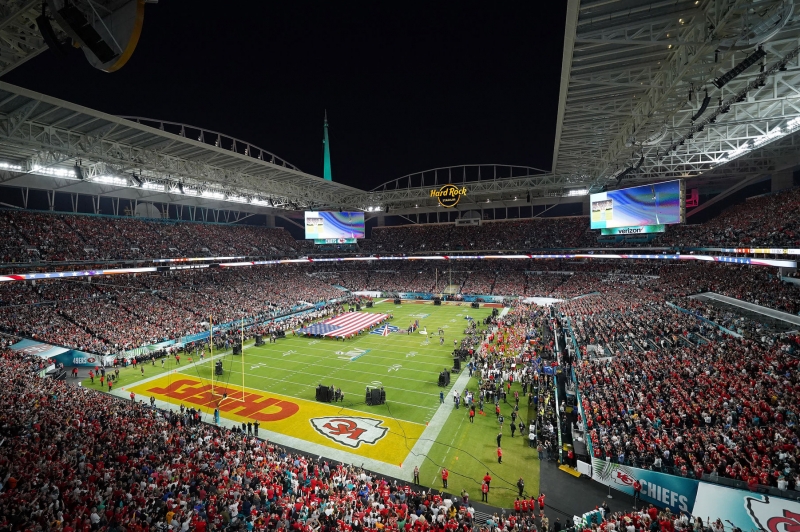 Aug. 24 (UPI) — The Miami Dolphins announced Monday that they will allow a maximum of 13,000 fans for their first home game this season at Hard Rock Stadium in Miami Gardens, Fla. Fans will be required to wear masks when not drinking or eating.

The announcement comes after the Kansas City Chiefs announced last week they will allow about 16,000 fans for the first game of the NFL season Sept. 10 in Kansas City, Mo.

The Dolphins will host the Buffalo Bills in their first regular-season home game Sept. 20.

As of Monday morning, the Chiefs and Dolphins were the only NFL teams to announce allowing a specific number of fans at their first home games this season amid the coronavirus pandemic.

Hard Rock Stadium also serves as the home stadium for the University of Miami football team. The same number of fans will be allowed at the Hurricanes’ first home game Sept. 10 against UAB in Miami Gardens.

“When we started the process back in March of exploring what a socially distanced stadium could look like, we made the health and safety of everyone the first priority. Knowing that if we felt that we couldn’t make it safe, we simply wouldn’t have fans,” Dolphins CEO Tom Garfinkel said.

“We’re happy that our elected officials recognize the attention to detail and diligence that we’ve put into creating a safe environment and that they made the decision to move forward with a 13,000-capacity stadium at this time,” he said.

In addition to the mask mandate for fans and stadium employees, the Dolphins upgraded the stadium air conditioning to a hospital-grade system. Hard Rock Stadium also will feature mobile touchless entry and more points of entry and exit to help relieve crowd congestion.

Fans will enter the stadium in staggered fashion with entry times listed on game tickets. The game-day experience will include cashless food service, parking and retail. Stadium metal detectors, which typically work at a ratio of one for every 394 fans, now will handle 104 fans per detector.

Dolphins season ticket holders will have first priority to buy seats based on their tenure.