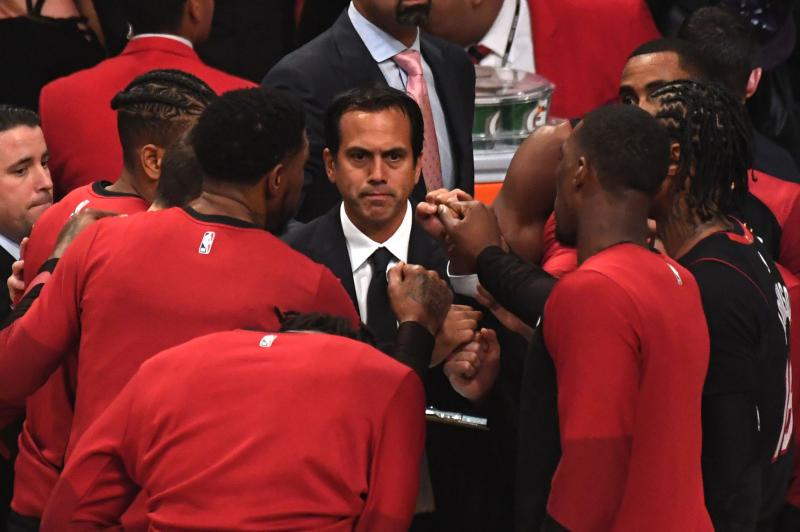 The Miami Heat, who own the NBA’s longest active win streak at five games, will start a three-game homestand on Wednesday against the Toronto Raptors.

“For the past two or three weeks, we’ve had a good flow,” Heat forward Justise Winslow said. “Guys are getting comfortable. I like where we are as a team.”

Meanwhile, Toronto (25-10) has the best record in the Eastern Conference. However, the Raptors are just 5-6 in their past 11 games.

Raptors coach Nick Nurse admitted he was a little disappointed his team was once again not invited to play on Christmas Day.

“It’s a marquee day to play,” Nurse said. “I think our guys would like to play on Christmas, but we play the schedule as it is.”

Both teams are battling injuries. The Heat is without starting point guard Goran Dragic, who recently had knee surgery and could be out a couple of months. Shooting guard Dion Waiters, who has yet to play this season after ankle surgery, is practicing but is not yet ready to return.

If all of them miss the Heat game, Toronto would be without four of its seven top scorers.

“I think when the Raptors have been at full strength, they have been the best team in basketball this year,” said J.J. Redick, the sweet-shooting guard for the Philadelphia 76ers.

The Raptors showed what they could do earlier this season when they beat Miami 125-115 in Toronto.

Kawhi Leonard had 29 points and 10 rebounds in that game.

Leonard leads the Raptors this season in scoring (26.8), rebounds (8.4) and steals (1.8). After playing just nine games last season with the San Antonio Spurs, Leonard is putting up career numbers in points and boards in Toronto.

In addition, Lowry leads the Raptors with 9.8 assists, but he has missed four of Toronto’s past five games. He is also averaging 14.4 points, 4.5 rebounds and 1.4 steals.

Ibaka leads Toronto with 1.7 blocks and is averaging 16.7 points and 7.5 rebounds.

As for Miami, shooting guard Josh Richardson leads the team with an 18.5 scoring average. Center Hassan Whiteside is averaging 13.1 points and leads Miami in rebounds (13.2) and blocks (2.6).

The Heat will miss Dragic, who is averaging 15.3 points and a team-leading 4.9 assists. But retiring star Dwyane Wade is providing a lift off the bench. He is scoring 14.2 points in 24 games, all of them in reserve. He scored 35 points in that game against Toronto earlier this season.