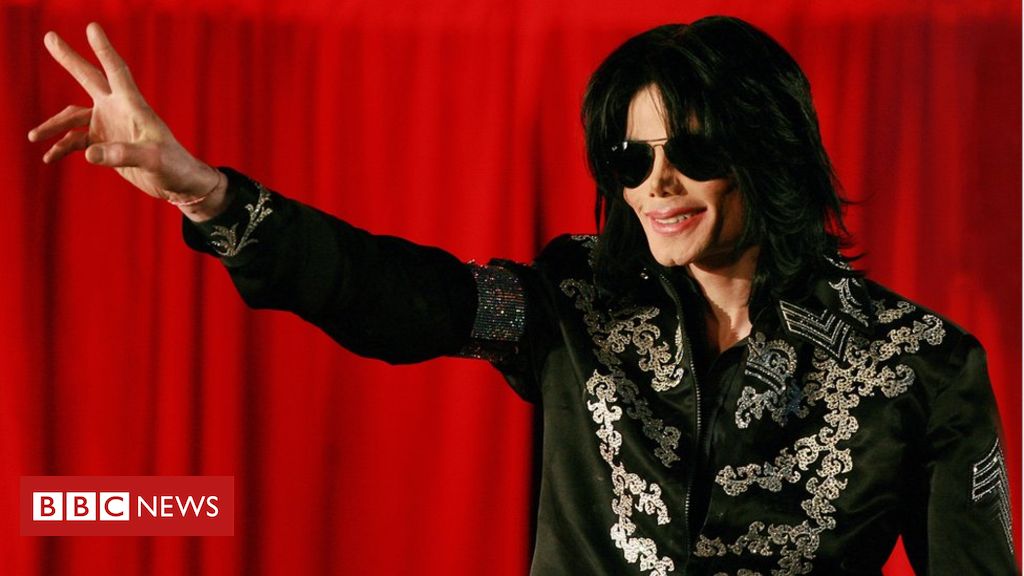 News of a medical emergency involving Michael Jackson started filtering through at around 22:00 BST on Thursday 25 June 2009.

I know because I was on my way to watch cheesy 90s boy band East 17 in the Dance Tent at the Glastonbury Festival. They were a warm-up act the day before the event properly began.

My editor called. Michael Jackson might have been rushed to hospital. He might be in a coma. That was according to TMZ, which was gaining a reputation for celebrity scoops.

But no-one knew if it was true. Strange stories about the King of Pop often bubbled up. A few weeks earlier, it had been reported that he had skin cancer, which was later denied.

Even so, I turned around and headed back to the dusty backstage cabin I had just been working in and searched for an update. In London, Los Angeles and around the world, newsrooms swung into action to try to find out what had happened. The BBC’s LA bureau phoned spokespeople, associates and business managers. None would confirm anything. Some just hung up.

A short time later, my editor called again. “Er, TMZ are saying he’s dead.” A deep breath. Michael Jackson was arguably the biggest pop star of the previous 30 years, and the greatness of his music is undeniable. But there was a more troubling side – accused (and acquitted) of child molestation, and with a downright strange persona and personal life.

At that stage, the world had no information about what had happened in the preceding hours. But in the months and years that followed, details of his final day became clear.

Jackson was just weeks away from a series of lucrative comeback concerts at the O2 Arena in London, and was under pressure to make them a success.

He had left rehearsals in Los Angeles shortly after midnight the night before his death, according to the book 83 Minutes: The Doctor, The Damage and the Shocking Death of Michael Jackson. But for years, the superstar had been unable to sleep without the help of sedatives.

Dr Conrad Murray, who had been employed as his $ 150,000-a-month personal physician for the shows, was waiting when the star arrived home at his mansion. In Jackson’s bedroom, pill bottles, vials, syringes and oxygen tanks littered tables, shelves and the floor.

Dr Murray told police he had given the singer propofol – a powerful drug usually given before and during surgery in hospitals – for 60 nights in a row until 22 June 2009, when he tried to wean him off.

In the early hours of 25 June, the physician gave Jackson a series of different sedatives in an attempt to help him sleep. But they didn’t have the desired effect, and Dr Murray said Jackson was getting increasingly agitated about the forthcoming day’s rehearsals. “I must be ready for the show in England,” he said, according to the physician.

It reached 10:00 local time and the singer was still awake. Dr Murray told police Jackson had begged him: “Please, please, give him some milk so that I can sleep.” He was referring to the milk-like propofol. The physician consented, and said he administered the drug via an intravenous drip around 10:40 PST.

Dr Murray told detectives he had the necessary equipment to monitor heart rate and oxygen levels in the blood, and that he stayed at Jackson’s bedside before leaving for two minutes to go to the bathroom. When he returned, he found his patient wasn’t breathing.

But Dr Murray’s timeline was called into question by phone records, which suggested it was just before noon that he noticed something was wrong.

He said he then found a pulse and a frantic attempt at resuscitation followed. He claimed he couldn’t call 911 straight away because he was doing CPR, but he eventually called for one of Jackson’s security guards. Alberto Alvarez said Dr Murray ordered him to clear away vials, bottles and an IV bag first before calling the emergency services. That call was not made until 12:21 PST.

Jackson’s children Prince and Paris were distraught as panic engulfed the household. The paramedics didn’t recognise the star when they arrived. He appeared pale and underweight. Seeing his condition and the IV drip stand, paramedic Richard Senneff assumed he was a terminally ill patient.

Jackson was taken the short journey to UCLA medical centre, where resuscitation attempts continued. He was declared dead one hour and 13 minutes later.

By then, fans and media were gathering outside the hospital, and TMZ broke the news of his death to the world around 14:44 PST – which was 22:44 in the UK.

TMZ, the dogged upstart website, had scooped the established media. And with smartphone use taking off, it became one of the first major stories to spread via social media.

Word magazine editor Andrew Harrison was among those at Glastonbury and told BBC Radio 5 Live that night: “What you’re seeing here is a lot of people crouched over these little glowing screens trying to find out if it’s true or not, because people really can’t believe it. People are searching every website they can think of to try to find more information.”

The demand for information overwhelmed the internet. Some Google users couldn’t access results when searching for Michael Jackson’s name because its software mistook the volume of requests for a malware attack. Twitter, the LA Times, TMZ, Wikipedia and AOL Instant Messenger all suffered crashes.

It was not until 23:45 BST that 5 Live presenter Richard Bacon told listeners the BBC felt confident enough to confirm the news, after the Los Angeles Times and Associated Press had also done so.

Two years later, Conrad Murray was convicted of involuntary manslaughter and served less than two years of a four-year sentence.

In the Glastonbury cabin, I was bashing out an appreciation of Jackson’s career. By the time I staggered out in the early hours (UK time), everybody had heard the news, either via Twitter, old fashioned word of mouth, or because his music was being pumped out from scattered sound systems and stalls around the site.

“They started playing loads of his music and we thought, ‘Oh, that’s really strange’,” one fan said. “And then someone said, ‘Michael Jackson’s dead’ and we were like, ‘No way’.”

If anyone still hadn’t heard, some people wore T-shirts bearing the words “Michael Jackson is dead” and “I was at Glasto when Jacko died”, which had been printed by enterprising T-shirt stalls within hours of the news breaking.

That weekend, a few festival performers referenced Jackson on stage or played cover versions, but few were willing to give interviews about him. Perhaps their PR people feared they might come to regret any gushing tributes if more scandals emerged after Jackson’s death. This came to pass earlier this year, when two men gave persuasive testimony in a documentary, saying Jackson had repeatedly abused them when they were children.

In the past decade, we have learned details about the sorry circumstances in which Michael Jackson died. While his music will always remain, we have also had some more troubling insights into his life.