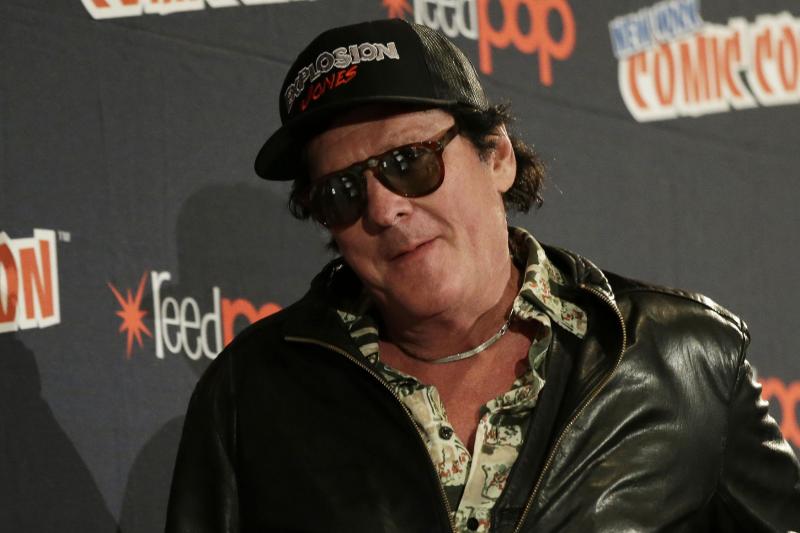 April 26 (UPI) — Frequent Quentin Tarantino collaborator Michael Madsen parodied one of his most famous roles with a social-distancing home video this weekend.

In the 1992 film Reservoir Dogs, Madsen played gangster Mr. Blonde, who tortures a police officer for information, eventually cutting off his ear.

The song “Stuck in the Middle with You” plays during both the movie and this weekend’s 90-second video.

In the clip, a camera weaves through a house and shows several people with blood-soaked bandages on their ears. The implication is that they were warned not to leave home during the coronavirus pandemic.

Toward the end of the video, Madsen dances in the kitchen wearing a black suit jacket and tie, white shirt and sunglasses — his character’s costume from the film.

He also has on grey sweatpants and is barefoot.

Across the screen then scrolls the message: “Stay Home. Stay Safe. The Madsen Family.”

Most U.S. residents have been social distancing since March to slow the spread of the virus, which has killed more than 200,000 people worldwide.

In addition to Reservoir Dogs, Madsen has appeared in Tarantino’s other movies Once Upon a Time in Hollywood, The Hateful Eight and two Kill Bill films.

Madsen told UPI in 2016 that he thinks Tarantino’s work will hold up as cinematic classics years from now.

Madsen also said he hopes he will be remembered for contributing more to the filmmaker’s library than just his violent performance in Reservoir Dogs.

“His movies are going to be around forever. Some of these big, giant movies, they’re going to disappear in the next couple of years. No one will even remember that they were made, but his stuff is like there forever. It’s like immortal,” Madsen said.

“Maybe I finally won’t be talked about… I was hoping to not be the guy who cut off the cop’s ear and maybe be Joe Gage [from The Hateful Eight,] who is writing his life story, just to change things up a bit,” he laughed.