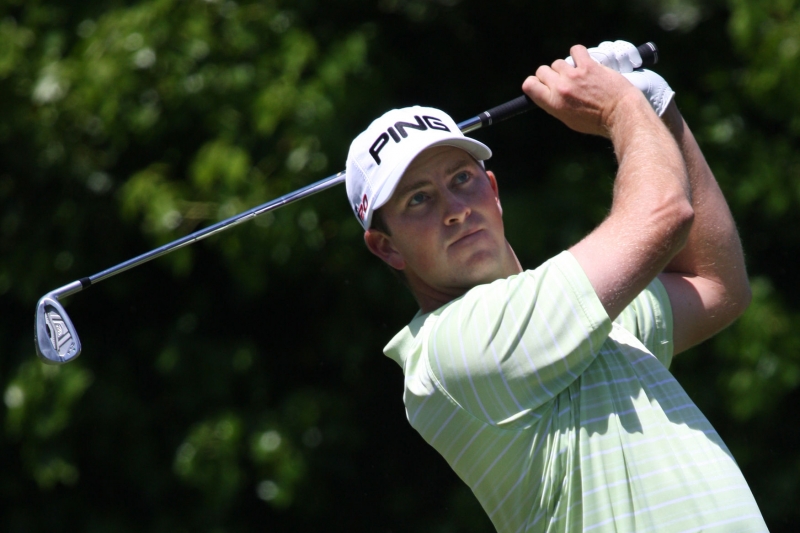 July 24 (UPI) — Michael Thompson and Richy Werenski continued their red-hot play and sat atop the 3M Open leaderboard going into the weekend.

Werenski led the field after the opening round with an 8-under 63. The 24-year-old, who is winless on the PGA Tour, followed that up with a 67 Friday at TPC Twin Cities in Blaine, Minn.

Thompson caught up to him with a 66 in the second round, putting the pair in a tie for first at 12-under 130 after 36 holes.

Tony Finau, who opened with a 65, shot a 66 on day two and was tied for third with Talor Gooch at 11-under par. Finau, who had an eagle on hole No. 6, had four birdies and one bogey.

“When you shoot two rounds in the 60s, it doesn’t matter how the conditions are playing. You know you’re playing good golf,” Finau said. “It’s been two really clean rounds for me. You can always build off that.”

Xin-Jun Zhang was in fifth with a second-round 67, while defending champion Matthew Wolff and Cameron Davis shared a piece of sixth at 9-under par.

Brooks Koepka, a four-time major champion, was among the notable players who failed to make the cut. He shot a 71 to finish at 1-under par, pulling a birdie putt wide right on hole No. 18 that would have kept him above the cut line.

Tommy Fleetwood, playing in his first event since March, joined Koepka after posting a 72 to finish at 1-over. Bubba Watson, Paul Casey and Charley Hoffman also failed to make the cut.

Dustin Johnson, the fourth-ranked player in the world, withdrew Thursday because of a back injury and a poor start.